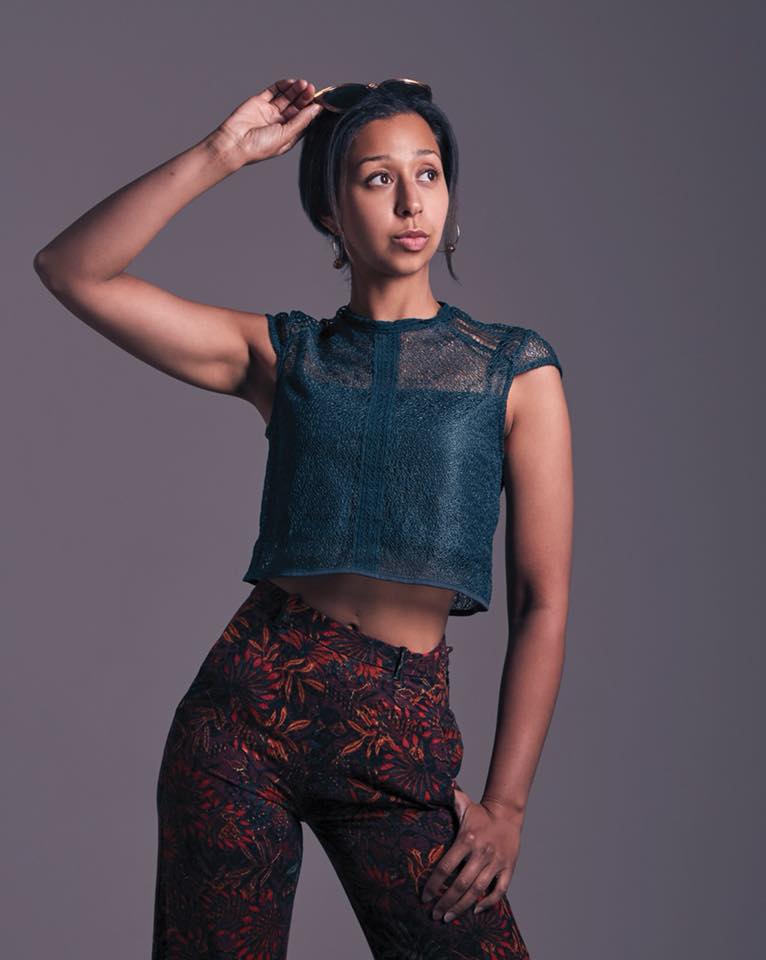 My Mother is of Persian, Pakistani & Turkish heritage. My father was Half Indian, half English. I was born and raised in London, UK. I still enjoyed all aspects of my Parent’s cultures. I was very lucky to live in London, Dubai & Los Angeles. My father was a Nutritionist but loved to sing and perform. My Mother is a fashion designer. Growing up around a lot of creativity and performance, it just pushed me more to pursue my dreams.

I got my first taste of the industry when I was 6 years old. I had been cast in a UK Coco Pops commercial & have wanted to become a professional Actress ever since. I loved the thought of meeting new people and working on these fun projects every day. For me, acting is about being anything you want. There are no limits to which characters you can be. You get to tell a story that people can relate to. What could be more interesting? The list of my roles models is endless really. I’m a 90s child, so I grew up with some amazing performers. Growing up with British Theatre, I would watch people like Ian McKellen, Judi Dench, Miranda Richardson, Christopher Lee and they fuelled my love of classical theatre and Shakespeare etc.

Film and TV Actors & Actresses I admire are Meryl Streep, Charlize Theron, Jared Leto & Johnny Depp – Acting Chameleons! David Bowie was also a huge inspiration for me… both for music and fashion. There are so many people to look up to, it’s very hard to choose just 1 or 2.

-I was fortunate enough to study in London, Los Angeles and Dubai. All 3 teach from the same syllabus but in very different ways. After a while, I started to find my own way of creating something. I love the journey of developing a character, living their life and telling a story. I’ve always been creative whether it was art, music or acting, but studying helped me develop my craft.

-I think Stardom isn’t really the right word for me. I would love to work in as many productions as possible and be recognized for my work in a positive way. I don’t hope for fame but I understand that it normally comes with the territory of a successful Actor/Actress.

-There are always going to be roles and a place for women in the creative/film industry & gender-based challenges have been an ongoing aspect of life in general. However, I feel that the #MeToo movement has made a huge impact on the industry with regard to women/female performers etc. Personally, I haven’t found anything blocking my career path because of my gender.

-I’m proud to be a part of the British creative Industry. There’s so much here to be apart of. The main thing I’ve noticed is a raise in Asian & Black British productions popping up and it’s wonderful to see. It’s opened a new door for the BAME groups to be cast in almost anything now. That includes me.

-Challenging at times but again, that comes with the territory. I have found that the more you get into the room the better. I might not get the role I go up for at times, but they will call me back for something else. In a way there’s always a door that will open if you keep trying.

-Either online myself, or I’ll get approached if I’m lucky by a director – 9 times out of 10 though I’ll get a call from my Agent saying she’s got an audition for me. I have been so lucky to work with some amazing people, so it’s hard to choose 1 as the best achievement. I would probably have to choose Edinburgh Fringe Festival. I worked on ‘Sweeney Todd the Musical’ as a Swing and Ensemble. It was just after my Father had passed and I didn’t think I was going to get through any performances. But I got to perform at Ed Fringe as well as working with some really wonderful people who supported me through all that. I had always wanted to be a part of Sweeney Todd and perform at Ed Fringe…. I reached my goal that year.

-I’m active in my daily life. I love Horse Riding, Fencing, Swimming etc which I do whenever I can. At the moment, it's tricky to do anything outside the house due to the COVID-19 issue. Cooking is another one that I indulge in – I find it therapeutic. My mother has an amazing food business and I help out whenever I have a day off.

-For newcomers, I say DON’T GIVE UP! It’s a tough industry and I see so many people quit too early. It’s frustrating. Something I didn’t learn until later - get to know as many people as you can in the industry. Students who are working on becoming filmmakers/directors/writers etc. you might be working with them again someday.

-All my efforts have been put into my craft but I always find time to step back from it and just be with my family and friends etc. When I’m working on a project, it will get my full attention. I never know when the next job will come up. I enjoy my work. But I give the same attention when I’m with family, friends or taking time to myself. It’s just about balancing the different parts of my life.

-I’ve been cast on my first Animation production – ‘The Samaritan’ by Ronnie Henry. It’s hoping to premier next year but nothing is certain yet. I have also just finished filming the last scenes of ‘I SEE’ & ‘Taweez’ which are both about trauma of some form. How it can impact your life. Again, these are both hoping to Premier within the next year. I have a feature film project in the works, but we haven’t been given a timeframe yet, but I’m really looking forward to it.