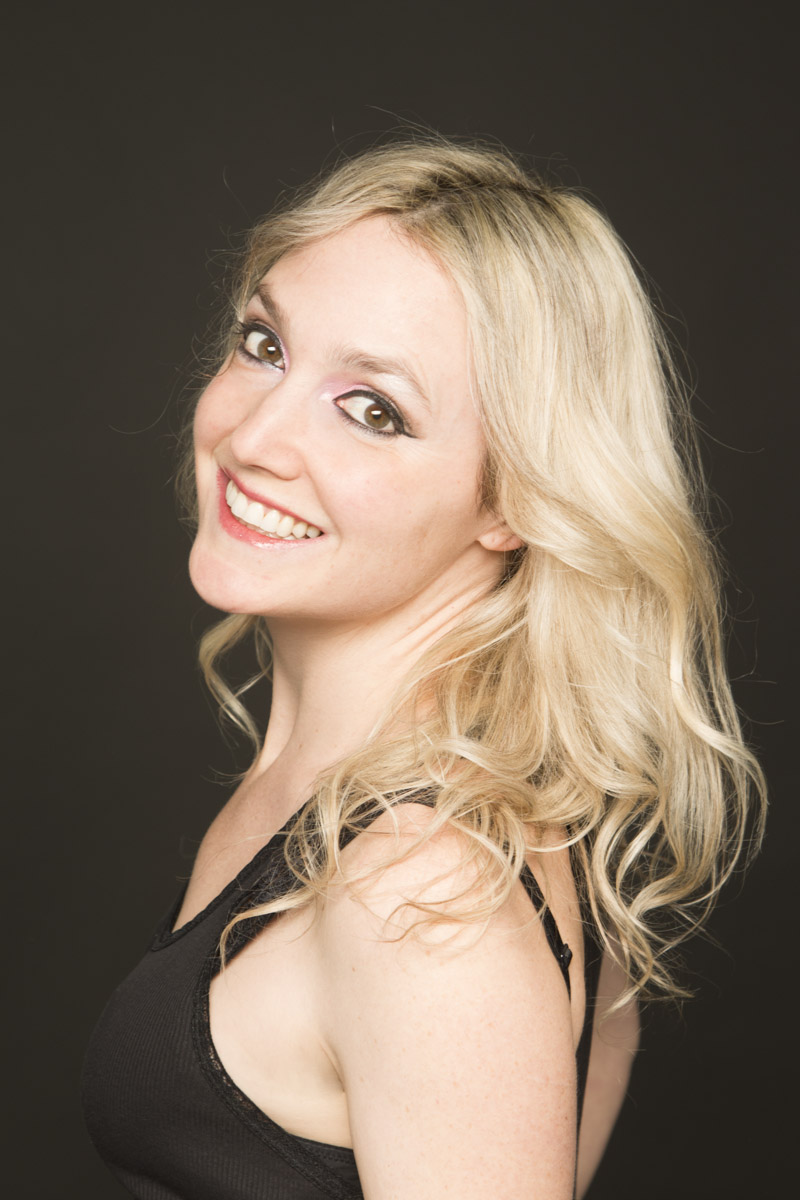 It’s a great pleasure to share my story with www.meetingvenus.com!

My name is Beth Cohen and I’m an actress living and working in Spain. I was born in Cheshire, England, to a British mother and an Australian father. My immediate family are actually all scientists; my father is the late Raymond James Cohen, radio astronomer, my mother is also a retired astronomer and my sister is a biochemist. However there are plenty of artists on the Australian side of the family, so perhaps this is where my artistic streak comes from! My aunt Glynis is a writer and has always been one of my greatest idols. There are also musicians and painters in the family, but so far I am the only one who has taken to the stage.

How did you start to get interested in arts / entertainment?

I was always drawn to the theatre, for me is a true vocation. My first role was as the fairy Mustard Seed in Shakespeare’s A Midsummer Night’s Dream, aged five. I had three words to say and I was so excited that I couldn’t sleep for a week! My parents were always supportive, and what they might have lacked in knowledge of my chosen profession they more than made up for in enthusiasm. They always came to see me in everything, and thanks to their solid all-round education and wise, practical advice, I was able to forge my own niche in the theatre world. As a child, my idols tended to be performers I knew personally, rather than famous artists.

-In my case, I went on to study drama and music in Manchester, followed by a year at the Globe Theatre in London studying Shakespeare. Whilst my official training finished when I was twenty-one, I continue to study and to learn new skills every day. As an actor it is fundamental to keep learning and growing, through professional experience and ongoing training. When you work with truly talented performers it is inspiring and exhilarating, and as colleagues we can all learn from one other. What’s more, the technical side of the profession is constantly evolving, new genres are emerging and it is important to renew your skills. Playing video game characters, generating social media content, taking part in a remote shoot or presenting via conference call is just as common these days as a traditional film, TV or theatre role!

-There is a lot of controversy about roles for older female performers, but at the moment I am in a good place professionally. In my twenties I was fixated on stardom, as were most of my contemporaries. But of course there are thousands of talented twenty-somethings, fresh out of drama school and starry-eyed, and the competition is fierce. Now, however, I have a solid curriculum and plenty of experience behind me, so I am able to pick and choose my roles more carefully. And paradoxically when I least expected it or sought after it, professional recognition began to arrive. As Keats observes so succinctly in his sonnet On Fame, ‘Fame, like a wayward girl, will still be coy / To those who woo her with too slavish knees’. For me, success means enjoying and feeling challenged by the parts I accept, whilst leaving enough time to enjoy my home and family life. I love to travel and often tour or film away from home, but it is always pleasure to return to the fold. For me, happiness comes from a healthy work-life balance.

-Theatre is not particularly well paid, so like many artists here I strike a balance between roles that are interesting and roles that pay the bills. Advertising and commercial shoots are a huge source of income, but are not always artistically challenging. In contrast, theatre is hard work, but makes my pulse race! Film and television roles often manage to tick both boxes, which is a pleasure when it happens and makes this sector an attractive option. Many people think that my profession is glamorous, but there’s a lot of smoke and mirrors. To survive these days you have to be versatile and hard working, embracing different genres and taking both business interests and artistic integrity into consideration.

-The live entertainment industry in Spain is currently undergoing difficulties at the moment due to the pandemic, with many theatres closed and others struggling to function at reduced capacity. Whilst my first love is theatre, it’s important to be patient and to adapt to the current climate. As a consequence I have accepted more voice and screen work over the past year, as the film industry has recovered more quickly.

-I am a stickler for learning lines, so as soon as I accept a role I get right down to studying the script. I can’t stress how important it is to know the text inside out. It’s a mark of respect to the author, to your colleagues, to the director and to everyone who will be working on the production. You can’t start performing a text until you’ve already interiorised it, and that’s the stage you should be at when rehearsals begin. It’s not what you say, it’s how you say it, and if you’re still thinking about the words it’s impossible to perform well. Then there’s character research… how am I different to my character and in what ways are we similar? What is her background, her personality traits, her way of moving and speaking, her secrets, her dreams? Film and television acting is more subtle and offers the possibility of transmitting thoughts and emotions through slight facial expressions, but in theatre these need to expressed verbally and physically in a way that can be understood from the very back of the theatre. It’s important to create a role that’s consistent, to understand why your character behaves the way she does and choose how much of this motivation to reveal to the audience and when. This way the public can discover her true nature as the drama unfolds, and accompany your character on the emotional journey she undergoes. It’s also important for the audience to connect and identify with the characters in a drama in order to care about the outcome of the plot, and this is something to bear in mind when creating a character which behaves badly. The audience must still empathise with her and understand her, even though her actions deserve to be condemned. Likewise, a ‘perfect’ character becomes much more likeable when she does something which humanises her. These nuances usually aren’t in the script and need to found during rehearsals.

-One of my early professional roles was playing Juliet in Shakespeare’s Romeo and Juliet, on tour in Germany. I was just twenty-one, I loved the play and it was a unique experience. We finished the tour performing at the Old Vic theatre in London, which were some of the most memorable shows of my career.

-I am fortunate in casting, as a native English speaker based in Spain, my role type is quite specific. This means that, whilst castings are by nature competitive, I have a good success rate in theatre, film and television castings. I usually make sure that I am right for a part before I opt to audition for it, to avoid wasting anyone’s time. Advert castings are another story – it’s a lottery and with the advent of self-tape castings I am often too busy to participate. Most of the adverts I have done recently have been because the producers called me directly to offer me the part without going through the casting system.

-Perhaps on of the biggest challenges I have faced in recent years occurred when I was offered the opportunity to write and direct a series of shows for Madrid’s Alcázar, Infanta Isabel and Figaro theatres. I had been collaborating with the theatre company for a number of years but the proposal took me completely by surprise, as my grounding is in performance and not in direction. It is a lot of responsibility to step into the director’s shoes, but I think the experience has made me a better all-round professional. Writing your own script also allows you great freedom, as you can allow the show to evolve during rehearsals. The moment when the curtain went up and I found myself showing my own imaginary world to the audience was nerve-wracking… from the stalls it was all out of my hands and I just had to sit back and let it happen. It was a wonderful experience, a huge challenge and a definite landmark in my career.

-I believe that a woman should be valued for her personal qualities and the joy she brings to her family and friends, rather than for her physical appearance. But if someone wants to look instantly more attractive, a genuine smile works wonders. A healthy lifestyle is also important; eating well and sleeping well mean that you have energy reserves when you need to go that extra mile.

-This profession is difficult, it will be hard work and you may have to make sacrifices along the way, such as spending time away from your loved ones or choosing artistic fulfilment over economic stability, especially during the early years. But don’t lose heart. If you truly love your vocation and dedicate yourself to it heart and soul, you will reap the rewards in the long run. It is fundamental to get decent training – these days most casting directors won’t see anyone without professional qualifications, and this means spending three or four years studying full time at a recognised drama school. But this preparation will set you up for life. Once you have been working for a few years and have a decent CV, nobody will ask where you trained, but it is fundamental for learning the necessary skills and for preparing for those first castings. Work hard, be patient, be consistent and be yourself. You won’t be right for every role and however talented you are you will be rejected many, many times. Although it hurts, try not to take it personally. Find out where your true skills lie and work on these. The things that you do better than anyone else in your class are the attributes that will make you stand out among the crowd. And I’ll finish with a piece of advice my father gave me as a child: “If you choose a profession that you love, you’ll never work a single day in your life”. For me, performing is not just a job. It’s a vocation, it’s a way of being, it’s who I am.

-This year, I was fortunate to work with the renowned cinema director Isabel Coixet on her latest feature film It Snows in Benidorm. I was thrilled to collaborate with Isabel, as she is one of my idols. I have also just finished filming for the period drama Glow and Darkness, which is based on the life of Francis of Assisi. Looking towards the future, I have upcoming castings for two international feature films due to be shot in Madrid in the coming months. You can keep up to date with all the latest news on my web page or IMDb page, www.bethcohen.es / www.imdb.com/name/nm1783522/

Thanks for reading, and I look forward to seeing you in the theatre or on screen!