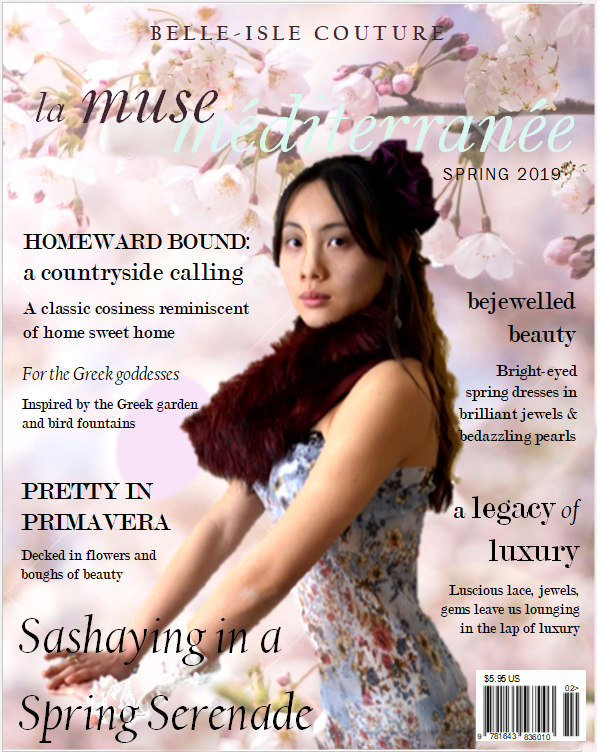 Ever since I was a little girl, I had been mesmerized by the wondrous world of the performing arts. I love hearing - and sharing - the story of how I earned my first dollar: after a band had finished performing on a big stage in the Venetian Hotel in Las Vegas, NV, I climbed onto the stage and began tap dancing to the mental beat of “Happy Feet” - a routine inspired by the penguins of Happy Feet, apparently. Subsequently, a group of young kids clambered onto the stage and began dancing beside me. At the end, a man stepped forwards and handed me a dollar bill. I didn’t know what to do with it; did I mention I was five?
During this time, I had been taking acting and ballet classes at our local performing arts school. It turns out that I loved being on stage so much I’d signed myself up for the school talent show in first grade - without my mom knowing.
Around this time, I seemed to settle on figure skating and creating picture books as my two favorite pastimes. My writing saw a huge progression; I went from picture books about cats and mice becoming friends in kindergarten to a novel inspired by Inception in fourth grade to my first feature film in ninth grade. I didn’t realize how much passion I had for the arts until the birth of my beloved feature.

- Growing up, my biggest role models were in my family - specifically my grandfather. I wasn’t tuned in to the happenings of Hollywood and gossips of the great stars of the day. I didn’t so much find great inspiration in film and TV stars or the most popular dancers; instead, I grew up with a tremendous amount of internal inspiration compounded with loving life lessons from an omni-talented grandfather.
I was and still wholeheartedly am a lover of all things “old” and “classic”: It Happened One Night, Casablanca, The Sound of Music...so I attribute partial inspiration to the great filmmakers and artists behind these works of art.
I do lovingly credit prodigies such as Bogie and Clark Gable for being a personal inspiration and leaving such a beautiful legacy in the history of film. I am also forever grateful for the lessons from Robert De Niro, Meryl Streep, and Christopher Nolan both on-screen and behind-the-scenes, as well as from contemporary teachers like Uta Hagen and Michael Caine.
It takes so many creators to create one new creator; it takes so many geniuses to conceive another prodigy. 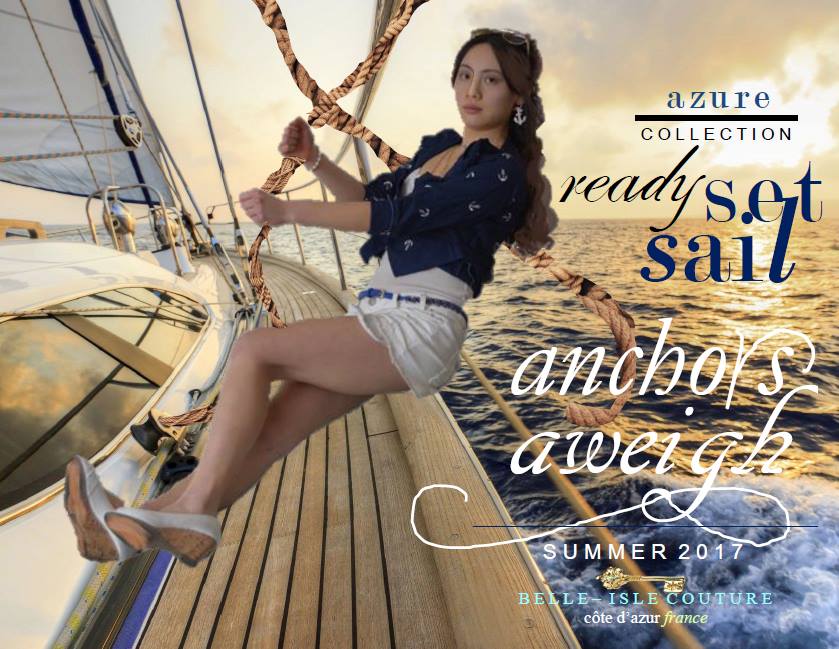 -Here, I will take a moment to explain my tagline: Curiosity conceived a creative cat - and that’s me.
Curiosity is the key to the door of infinite possibilities and beyond. It is what breathes life into my next greatest quality - creativity.
My creativity would not exist without curiosity. They are like soul mates; they reinforce the spirit of each other.
Nothing inspires me more than the possibility created through curiosity, openness, and a voraciousness for learning. Growing up with my grandfather was growing up alongside curiosity. Curiosity is what I attribute his tremendous success to - and all my endeavours and achievements as a creator.
It takes curiosity, courage, and commitment to create. One must be patient and quiet - let in strange ideas - stay to them and oneself - and embrace failure. Failure is one of the best companions of creativity.
You can’t sit there like a lump on a log to become a creator.
You just have to get up and do something. Something that will add to the world - no matter how small and seemingly insignificant.
You have to create a unique path for yourself; no one is going to give one to you.
-Satisfaction lies in the process. Personally, achieving stardom is not an end goal. There is no end to the creator’s journey. This is what I lovingly call the endless process of becoming, not being.
Every idea, drop of sweat, tear, and perhaps bit of blood is what counts, and what lives on in my heart. A finished product cannot sustain indefinite satisfaction; only the recurrent cycle of starting from scratch and blueprinting and building and doing could continuously, reliably bring a smile to my eyes, a song to my lips, a passion to share
-While challenges may exist, I truly believe it is up to the individual to surmount all struggles and keep stepping forwards one baby step at a time no matter what.
Some statistics may show that the acting and modelling industries are female-dominated in number but not in payrates. Wage gaps still exist all across the entertainment industry. And where are those women directors? Still not quite here.
But percentages on a page don’t bother me from creating my work to beautify the world.
My legacy is to break stereotypes, one at a time.
Sure, I’ll write the script, be the actress, put together the budget - and perhaps a few financial statements as well with my accounting degree. I’ll do whatever it takes to get the project together; I don’t mind.
No isn’t an answer.
-Creativity itself is an ever-evolving concept; the creative industry is vastly in need of revolution. Nothing can remain stagnant and satisfying; change is what spurs creativity, innovation, and renewed interest.
Long gone are the days of dynasties and monarchs; no longer should the creative industry be ruled by a few kings and queens. Every artist should have equal opportunity at creating something big; of bringing a new masterpiece to the wall of fame.
It takes audacious souls to break down such barriers. The creative industry seeks these spirited creators to revolutionise the landscape of Hollywood and every other major studio and platform to embrace the new, the different, and the unknown.
-For me, a project must contain values that align with personal ones in order to be meaningful and fulfilling. I’m happy to be a part of any creation that promotes positivity.
When I’m there, I always bring a positive attitude and open heart. When you open your heart and mind, put aside your fears, and embrace failure, you’re bound to create something magical.
My approach is to approach nothing with anything less than absolute passion, commitment, and curiosity. 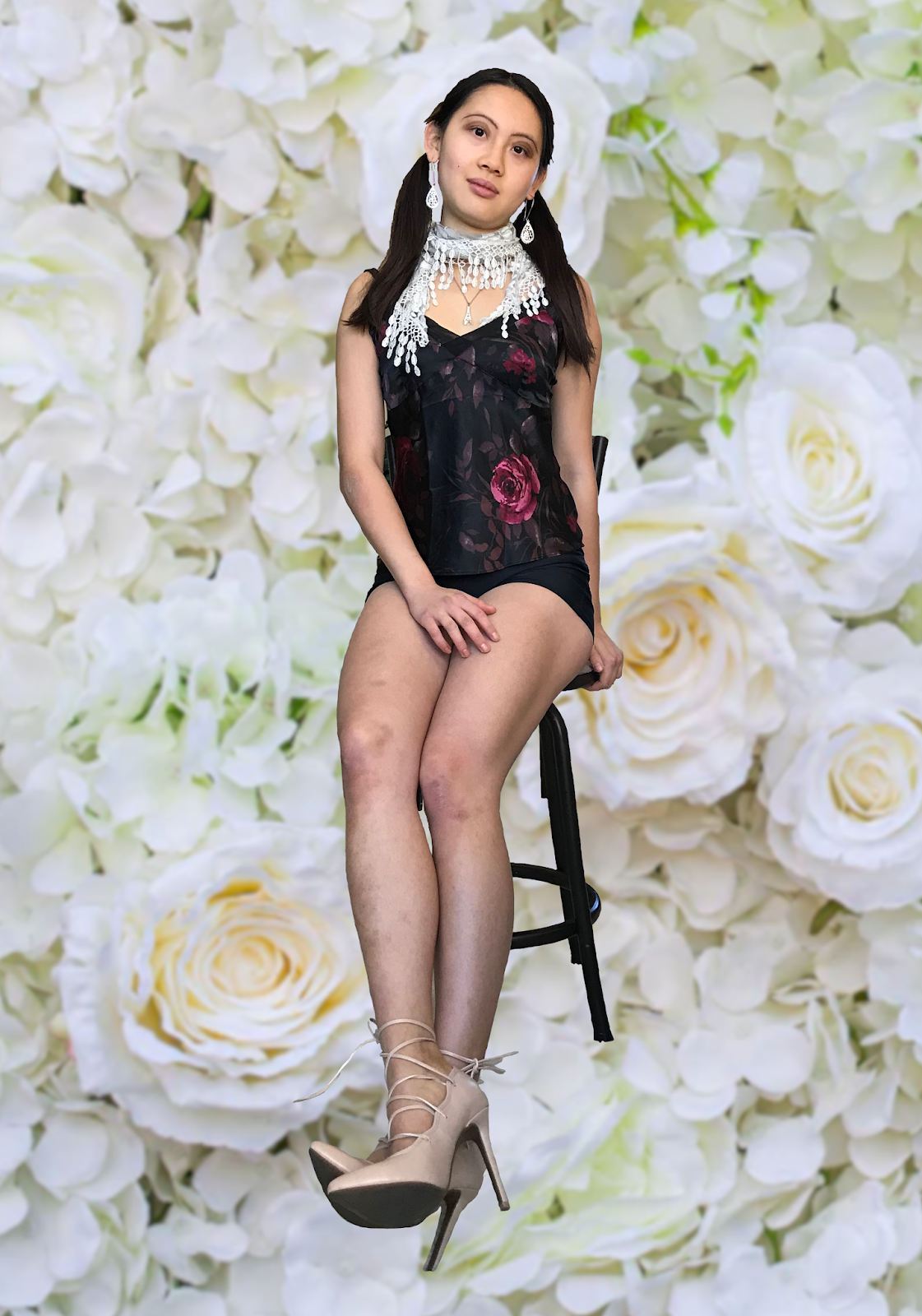 --Maintaining balance is essential to success across all spectrums. It’s not just work-life balance; it’s also your physical and mental health.
I make time for self-care - which is not the same as self-indulgence. And it’s not just showering daily, remembering to eat lunch, and going to bed on time.
It’s like stress-management, stretching, going for a run to clear my head, playing the piano to let out that last bit of melancholy, or transforming a memorable dream into a short screenplay.
It’s also treating yourself every now and then - going on a little vacation, getting a special something that you weren’t so willing to spend on, or a slice of that banana cream pie.
But above all, it’s being able to say no when you need to. Sacrificing the projects that won’t elicit the most optimal utility, putting away the little things that won’t matter so much in the long run, and making time for what really is worthwhile. Knowing your priorities. Knowing your limits.
That’s true self-care, and the true art of balance.
Everyone has twenty-hours in a day, five hundred twenty-five thousand six hundred minutes in a year.
Staying inspired, perseverant, and happy drives me to keep pushing forwards.
And believe it or not, your beauty rest does more for you than you’d think. I need my solid eight hours.
-Currently I am working to produce and act in a feature film I wrote during my first year of high school - a passion I have nurtured and strived to transform into reality for four years. I’m also preparing to launch my Mediterranean-inspired haute couture fashion label Belle-Isle Couture and corresponding fashion magazine La Musé Mediterranée.

In the future, I aspire to continue my ambitious creative endeavors of writing, acting, modelling, and fashion designing.