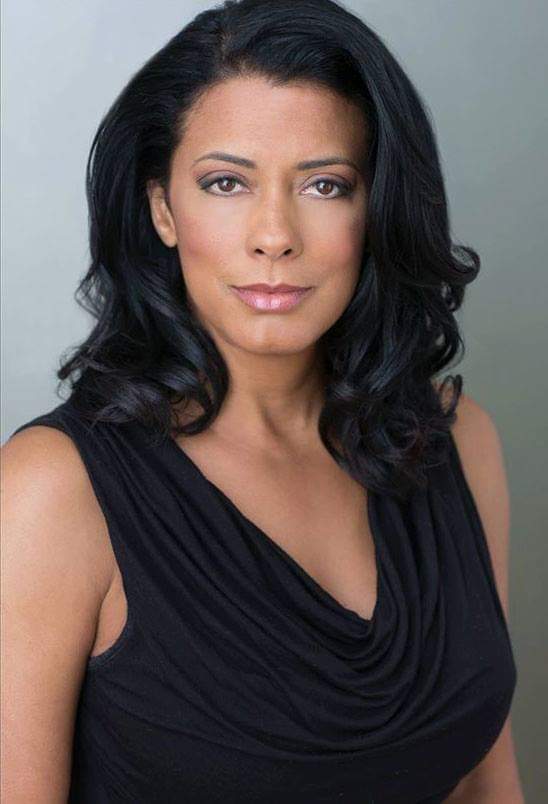 -I always say my hometown is Chicago, IL, USA because I was born there, but I was actually conceived in Muncie, IN. My parents, Charles K. Williams and Beverly A. Williams met in Muncie through their prospective churches. My mother was raised in Parker, in a tight-knit religious middle American white family. My father’s family lived in many locations until they settled in Muncie where my grandfather pastored Trinity, U.M.C. Daddy’s was a very politically progressive, religious black family. All of this informed how I was raised. I was a mixed race girl in a very racially volatile time in our history. My family was deeply involved in Civil and Human Rights. History was very important to us, but creative expression was the key to our communication. There were many in my family who were amateur vocalists, writers, and public speakers. Reading poetry, fiction and non-fiction literature, and participating in plays and musicals were a large part of our lives. Even more significant was the eccentric variety of music we performed, and listened to. All that is to say, it is not a surprise that my life took the path of a writing and performance artist.

-I was most influenced by those in my immediate vicinity. My uncle was a professional Rock/Soul lead singer in a very well known and respected band. He lived with us during my early childhood. Watching him rehearse at home and on many stages gave me a dream to perform. I absorbed how he was able to move people with his voice and lyrics. My grandmother had a haunting voice akin to Billie Holiday. Almost every time she sang it had the potential to bring many to tears. My grandfather wrote beautiful poetry and later social commentary literature that shifted hearts and minds. There were so many talented people in my personal sphere I rarely needed to find outside influences. When older I started paying attention beyond home and had many musical influences. Earth Wind and Fire, Elton John, Johnny Matthis, Minnie Ripperton, Gino Vannelli, Barbara Striesand, Laura Nyro, Billie Holiday, and Prince. Cicely Tyson, Harry Belafonte, Meryl Streep, Steve Martin, Robin Williams, Robert DeNiro, and eventually Eddie Murphy were actors I studied.

-Education was a large part of my upbringing. I’ve always been taught that anyone can have a gift, but not everyone is skilled. I believed that if I was going to be the best I could be, I needed to study. I read constantly to learn about the psychology of people. Novels ignited my imagination. I was entertained by the characters I studied, but was captivated by the various personalities the authors created. In my public school, Bennett Elementary, in the Southside of Chicago, the arts departments were small, but they exhorted excellence from the creative minds they influenced. I was able to actively sing, act, dance, and write as much as I desired. My teachers from that point on, until I graduated from Ball State University with a BA in Theater, were diligent champions for me and others. I will always appreciate the gifts of knowledge they shared. When I began my life as a professional singer and actor I continued my studies in workshops, private coaching, and classes. I believe the education of the actor, singer, and writer, etc. should be ongoing as long as the artist pursues excellence.

-I understand that judging a career by skill, fame, and monetary gain is subjective. Some people think I’ve had a phenomenal career, others do not. I am satisfied with the past, yet ever hopeful for the future. I made certain choices in my career that impeded my thrust into a larger limelight. I do not regret those decisions. My career has taken me to greater feats than I ever thought possible.

-Being a woman in Hollywood was never easy. The roles were not as multi-dimensional as our male counterparts. Also, women had to deal with our roles being directed, written, and produced from a male perspective. Add to that the constant urging of those in power for women to perform base acts in order to get the job. I do believe that change is afoot. The “Me Too” movement has shifted the conversation and powerful people are now put on notice that the old ways are over. I am finding that as an older woman my roles are so much more interesting. More and more women are taking on powerful roles in front and behind the camera. I’m excited about the direction things are going.

-When I get a job as an actress, I dive deeply into the character and story. I create as full a background as possible for the person I am playing. What does my character say about herself? I really pay attention to what the writer, director, and other characters say about her. Delving into physical characteristics as well as her mental, psychological, and spiritual attributes are equally important. I ask myself, “Why do I love her?” If at all possible I rehearse with the other actors so I can build  relationships with them if the story requires it. I certainly don’t consider myself a “method actor.” When the director calls, “Cut!” I cut. I try not to hold on too tightly to the characters I play. As for when I sing, I take a lot of time to really understand the tone, musical notes, and meaning behind the music. An entire tale is conjured by what the composer wrote. As for interpreting the lyrics, I believe it is important to know the many possible options that the words may mean. To be honest the audience often determines the interpretation. If they are playful, so am I; if they want to go deeply, so can I. The entire experience is a dance between us.

-I have no favorite project. I’ve done quite a few wonderful pieces. As a college student playing Maria from WESTSIDE STORY and Eva Peron in EVITA were amazing challenges that I’ll never forget. MO’ BETTER BLUES  was my first film, so opened many doors for me as a singer and actress. ONE FALSE MOVE is an audience and critic favorite. The song HARLEM BLUES still has legs. I truly have enjoyed writing my own screenplays and music. My self-help memoir, PINK PANTIE CONFESSIONS was a lifelong dream. I have been continually evolving, so I’m hoping my best is yet to come.

One of my favorite pastimes has been being a mother. Raising a child is absolutely an artistic achievement. Sophia Gabrielle makes me proud every day. Writing screenplays, poetry, music, my blog, and my book have kept me very busy. Lately, I’ve become a podcaster with the P.P.C. Podcast and radio personality live and streaming with The Melanated Morning Show and P.P.C. Radio Show.

-I am a chameleon when I sing. I had classical training for years so I am able to handle any genre. The most difficult part was figuring out the best genre to showcase me best. It turned out that a fusion of different styles best suits my voice. I fuse Jazz, Hip Hop, Soul, and Folk to come up with an eclectic sound. The lyrical content, on the other hand, is another matter. I am a storyteller at heart so all my music MUST say something. I believe music is my most intimate platform. I can’t hide my emotional depth when I sing so I better be singing about something I care about.

-COVID-19 can either make you, or break up. I have had many hurdles throughout my life. Covid-19 is just another one. I’m not one to lay down and give up. It has given me another chance to reinvent myself. The performing arts world is shifting and changing like we all are. I believe we will create unbelievable content.

-My advice to newcomers in the business is to get comfortable with rejection realizing that not every opportunity is theirs. Once they understand not to take “no” personally they can learn from the experience and move on to their “yes.” To quote another, “Never give up on yourself.” You will never regret it.

-I have a very balanced personal and professional life. I always take time for self-care. I walk daily, pray and meditate, and connect with my family. I need their loving honesty and commitment to our time together. My partner and I support and encourage each other in our separate pursuits. He lifts me up when I feel down, and I do the same for him. My daughter travels with me now that she is a young adult. Since she has decided to follow in my footsteps, she is giving me the opportunity to help guide her through the rough terrain of Hollywood. I believe in her, and she trusts me. I make sure I spend plenty of time with my extended family whom I love tremendously. My career comes next. I commit enough time to satisfy my need to perform, then I go home.

-I continue to write. The sequel to PINK PANTIE CONFESSIONS is gradually coming. I am also producing the film version of the book. Production is tentatively slated for Spring 2021. My podcast and radio shows are growing. I love talk radio. It is a wonderful platform to share ideas and talk solutions about all of life’s challenges. I continue to record. I am almost finished with my album, SUNLIGHT. I continue to work for others. I just wrapped an independent film, THE KINGS OF LA and am on my way to work on another, LIFE AIN’T LIKE THE MOVIES. Life is moving forward, and I am blessed by it. 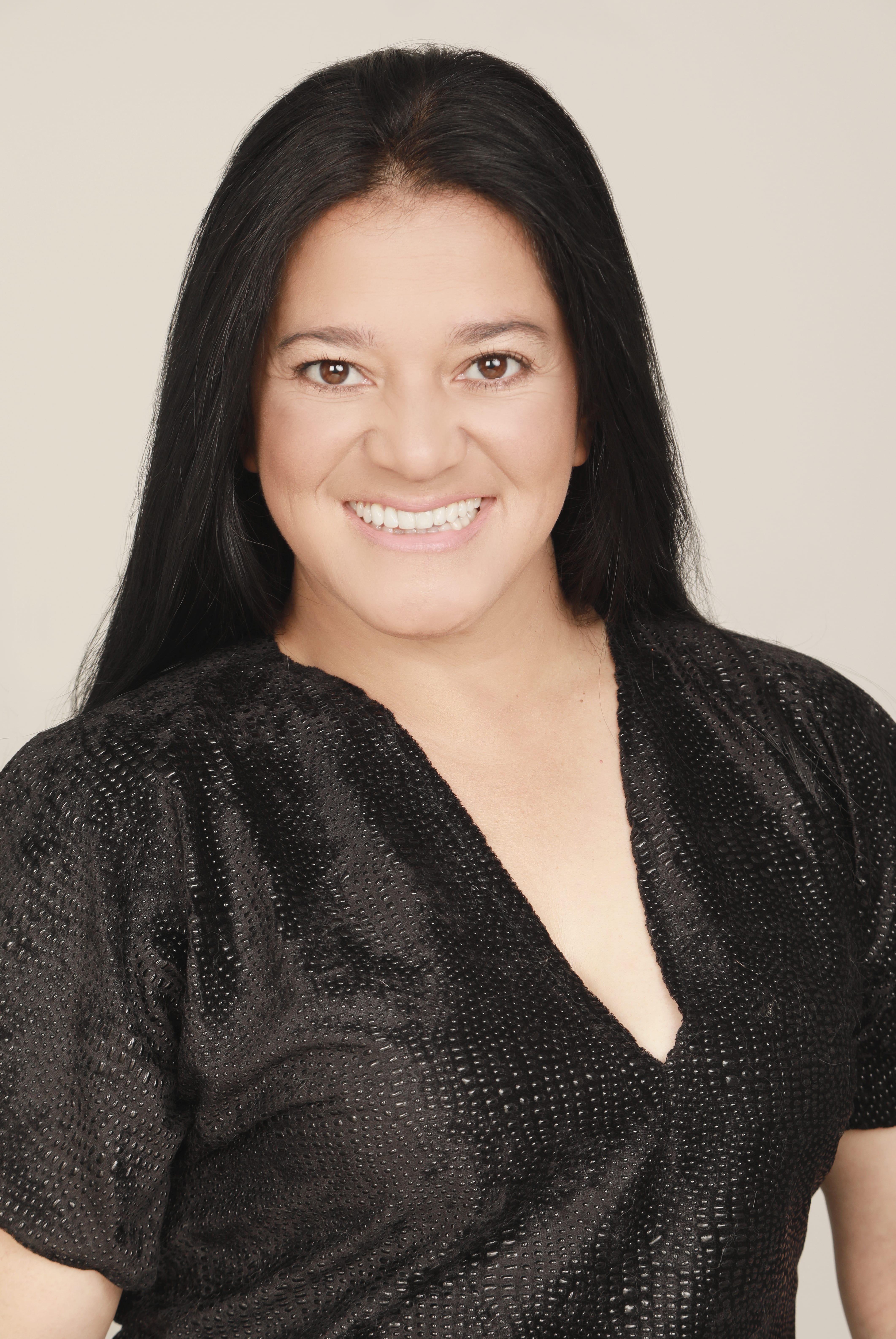