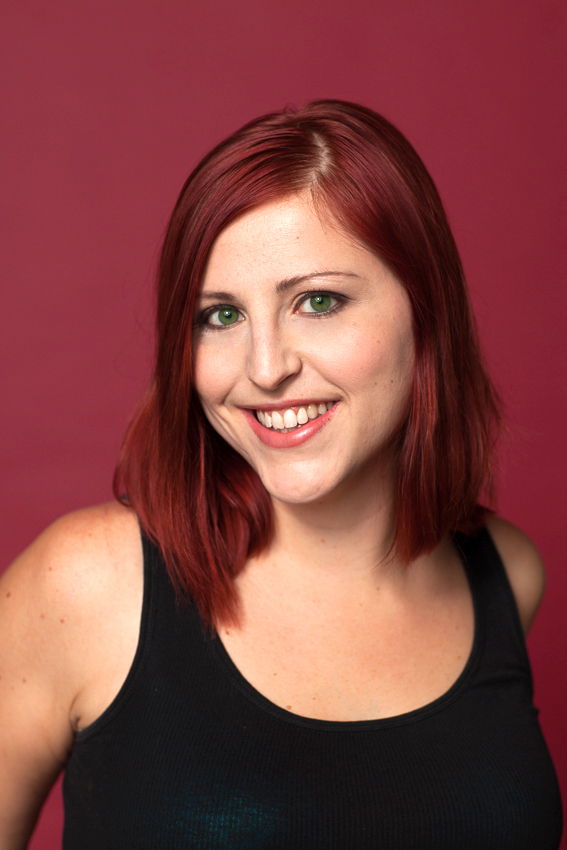 -I've been always a performer and storyteller, even from a very young age. I would make my family watch me put in plays in my backyard, where I used my Little Ponies to act out stories. I did kids' theatre camps, and took part in the drama program at my school. I grew up in a small town and there were not a lot of arts opportunities (never mind professional ones!) but I made the best of what I had available. Up until the end of high school, I had planned to go to university for veterinary medicine, however I found myself struggling a lot with maths. So instead, I chose to go to theatre school. After that, I began working in film alongside my work in theatre, first as an actor and then as a director, writer, and producer. And now, here I am, some years later – quite happily juggling roles on many projects as an actor and/or key creative.

-The one who stands out the most for me is Gillian Anderson. I grew up watching The X-Files (even when I wasn't supposed to... my mom thought it was “too scary” for me) and I really admired how intelligent and multi-faceted Agent Scully got to be. Playing the lead in a network television series is one of my big goals. I also loved musicals and live interactive shows, especially from the 80s, 90s, and early 2000s. Shows like Rent, Wicked, Avenue Q, Rocky Horror... I am not a talented singer or dancer by any stretch, but it didn't stop me from enjoying them and singing along to the soundtracks on CD!

-It really is a lifelong journey, and you can and should expect to wear many hats along the way. I have a bit of a running joke now that I am almost never “just” an actor on a project, so those rare projects when I am almost feel like a bit of a vacation for me. There have also been many projects where I haven't been an actor – instead I'm directing, or producing, etc. Having experience in different creative fields and jobs will make you a much stronger and better-developed artist, all around. There's always something new to learn, or a skill you can improve. Being an artist takes a lot of grit and a lot of resiliency. I always say that if there is anything else in the world that makes you just as happy, think about doing that job instead because it will probably pay better and give you a little more job security. On top of that, when you're a working artist you are also an entrepreneur – you are your own small business, and a lot of emerging artists don't seem to think about it that way!

-For me, I'm someone who thrives in chaos. Because I have those distinct skill sets and talents I am always busy working, but that isn't the case for everyone. Know why you're pursuing the arts, and know that there is absolutely no shame in pursuing the arts as a hobby rather than a career (or while working a job) especially if you're just starting out. It took me a long time to build up to being able to work only for myself, and even then, sometimes the chaos and uncertainty is a lot, even for me. I love it though, and I wouldn't trade it for the world. 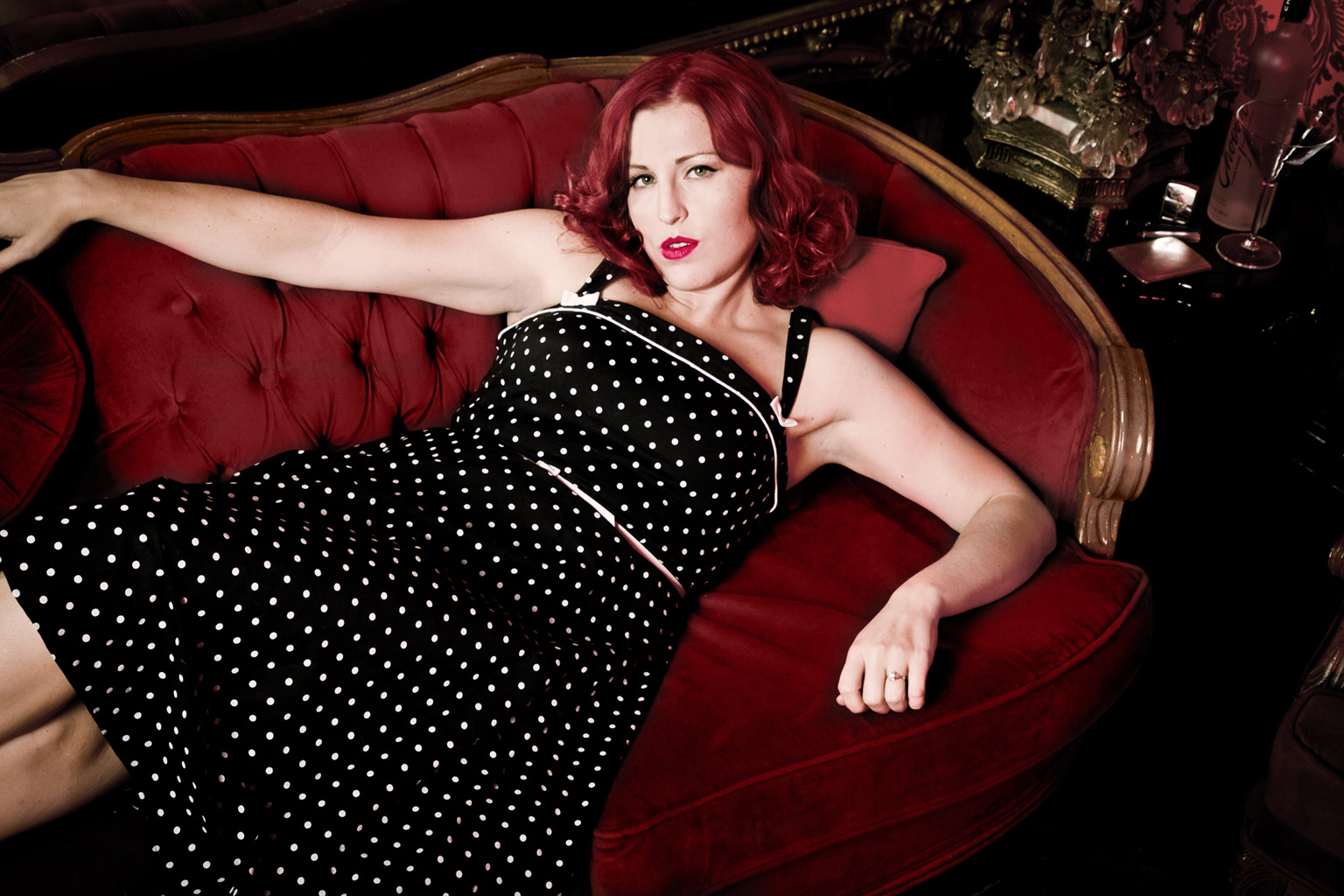 -I'm very grateful for the opportunities that I've earned thus far, and for the talented folks I've worked with along the way. In that respect, my work is already satisfying for me, especially in those moments when audience members or other creators tell me how much my work has moved them emotionally, or made them think about something in a new light. My last film, Life and the Art of Lying, has been screening on VOD platforms for about a year now and it still kind of boggles my mind (in the best way!) that strangers are watching it, and I am earning money from those views. That said, I'm at the point in my career where I am hungry to take the next step after spending time building up my skills and a growing body of work. I know that the stories I want to tell need to reach a global audience, and frankly, the projects I want to make – especially as a director/writer – need more funding and support than what I could gather at an indie level alone.

-The industry is slowly changing, but nowhere near quickly enough when it comes to how women are treated overall. I still remember one of my first theatre shows in Toronto, where the director tried to get me to sleep with him. It disgusts me to this day that he would exploit his power like that – especially considering his wife was pregnant at the time and probably had no idea that he was trying to seduce his actors.

-I also think the industry still has a long way to go when it comes to supporting the work of women who are diverse – women who are older (30s and up), larger-bodied, disabled, LGBT, and of course BIPOC. A lot of the programs that nurture “emerging talent” are still only supporting women who are young, thin, able-bodied, etc... aka what men are most likely to find attractive. This is true both in terms of who gets cast in acting roles, as well as who gets support in terms of sponsorship and funding opportunities.

-Canada is bouncing back. With the current state of the world, a lot of productions have been delayed or scrapped entirely, especially ones that were slated for the spring/summer, and a lot of us have had to find new ways of working. There has been a lot of great creative problem-solving (for example, a director I admire held a screening of his new work at a drive-in!) and a lot of people I know have been spending more time in development on new work, and/or finding ways to adapt to creating work in new formats.

-I am cautiously optimistic that these changes will be a blessing in disguise, especially when it comes to the new work that can be created, and to help foster more inclusive and safe working conditions for everyone involved in creating film, television, and theatre.

-About new offered works: it really depends on the project, because my process is rather different when approaching the work as an actor, versus as a director, etc. At the heart of it all, my process always begins with the script and/or the intent of the project, ie the story we want to tell. If there is no script, we often start from a place of developing one, whether that's through improvisation, devising, having discussions, co-writing, etc.

-Most of all, I want to know that I can bring value to the work, and that I am collaborating with people with a shared vision. People who share my drive for creation, for mutual support and trust. My process is all about lots of communication and lots of curiosity - I want to know everything there is to know about our story world, and my place in it. That said, I don't take every project that I am offered – I look for ones that are a good fit for my strengths, and for the type of work I want to create. Aside from that, I strive to always come from a place of loving the work deeply and bringing my best self. As an actor, I love taking risks and getting messy, really making myself vulnerable and open to the work. On projects where I am directing or producing, my rule is that I am always the first in and last out every day, and I never ask anyone to do something that I either have not done or would not be willing to do. I always bring passion and dedication though – I'm probably a bit of a workaholic. That's very much an ongoing journey for me. No two weeks are ever identical, so there are some times when I might be booked solid for a month or two, and other times when I might have two or three weeks with no projects or gigs.

-Thankfully, my friends are fairly understanding that we'll get together when we can find time – I'm a bit of a stray cat that way, where I come and go as I please. That said, I keep a calendar (several, actually, along with a few to-do lists!) and everything gets scheduled in to it, week by week. For me, that's the only way to stay organized, especially as someone who also happens to be neurodiverse.

-On the acting side of things, lately I've been doing a lot of voice-over work and some other online acting gigs. Most recently, I played the female lead in a radio drama called Y2K Redux, which should be getting released sometime in the fall. On the production side, I've got a few new projects that are currently in development. I'm writing my first feature film, which is in the horror genre of course, about a woman who goes back to her rural small town and uncovers some awful family secrets. I also just pitched a series to Netflix, about a group of adult former magical girls, who are now in their 30s and 40s, who have to come back together as a team and fight a new supernatural enemy.

Anyone who wants to support my work and know more about these (and other!) projects should sign up for my Patreon: https://www.patreon.com/EmilySchooley