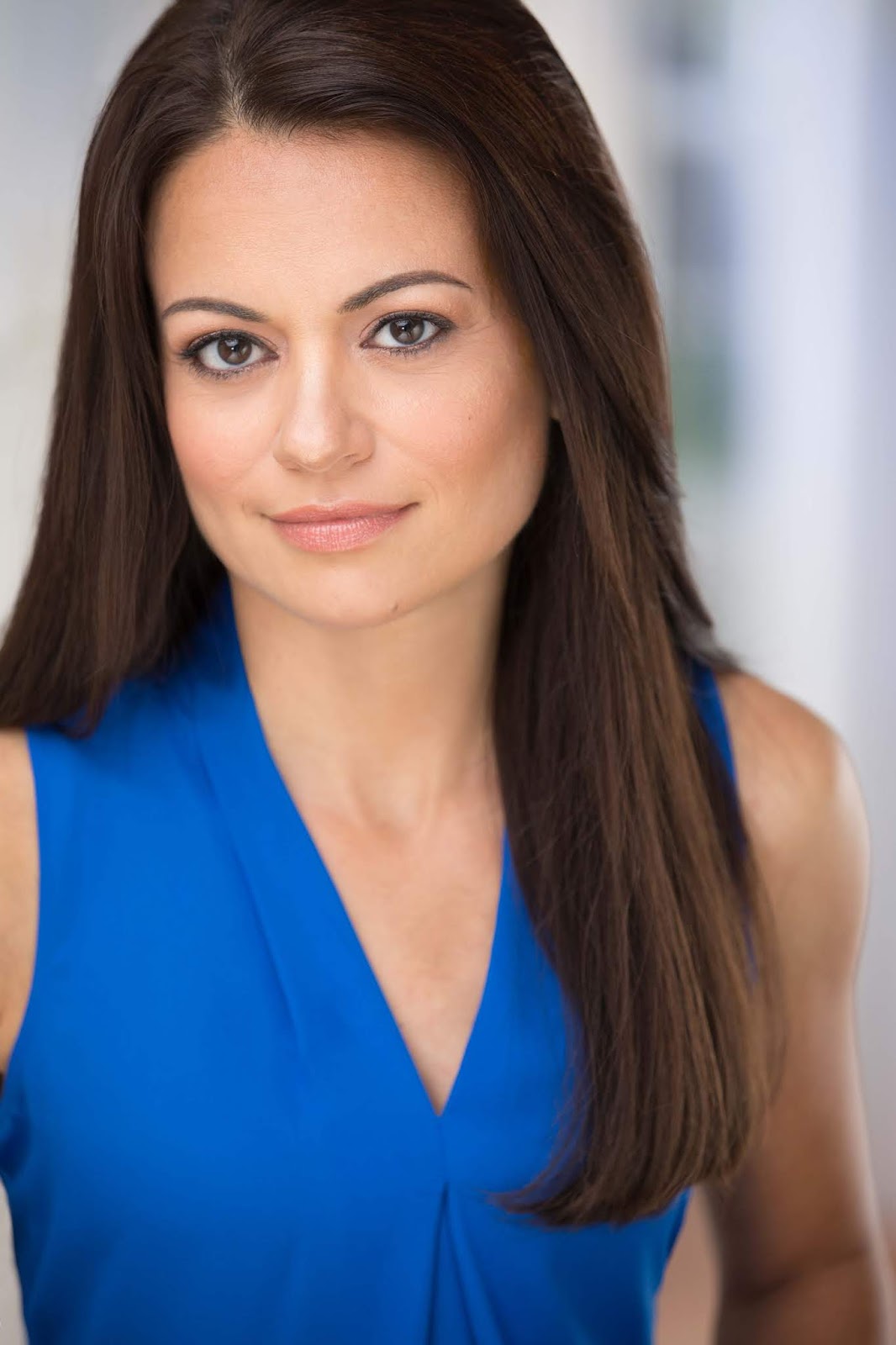 -I have a very tight knit family. I am 100% Greek and my culture is a big part of who I am. My family supports my endeavors and I'm pretty sure my brother is my biggest fan. I told him I'll have to cut him a 10% manager fee one of these days (haha).

-I have always loved performing and being on stage. My mom enrolled me in dance classes when I was just three years old. I loved dancing and being a part of the arts community. Throughout the years, I have performed in plays, church oratorical festivals and even a teen pageant. My love for the arts grew after studying Theater Arts at Rutgers University and taking individual courses on my own in New York City. I remember the first film I ever had a supporting role in and feeling a sense of belonging and being at home. I think when you are passionate about something, you should pursue it. Chase your dreams is the motto I like to live by.

-Lucille Ball was and always will be a role model in this industry for me. She was the Queen of Comedy. Her penchant for comedy is unmatched. Her comedic timing was impeccable and she was an unbelievable actress with looks to go along with her talent. I could go on. I've seen every episode of I Love Lucy multiple times and still laugh out loud. Another one of my all time favorite TV shows is THE GOLDEN GIRLS. I still watch reruns on Sundays. The actresses were such a dynamic team and Betty White is a legend whose career one can only hope to emulate. As far as dance, I grew up watching Michael Jackson videos and recreating them with my friends. He pushed the limits with THRILLER and the classic zombie dance which people around the world still recreate.

-I think studying your craft is such a vital part of becoming an artist. Through study, we discover our strengths and weaknesses. It's important to learn the business side of acting and the process of acting itself. Running lines, developing characters, researching methodologies and learning new techniques will only benefit you as an artist.

-I think I'm always looking to achieve something more and set higher goals for myself. I've never had an urge to become famous, but I've always said I want to be a working actor. I want to be able to make a living doing what I love with no regrets.

-I have been lucky enough not to face gender discrimination, but I know others have not been so lucky. I am also aware of the ongoing conversation in Hollywood about the earning potential for a woman in this business versus a man. I'm hoping that we are closing the gap and can all be treated as equals regardless of our gender, race, ethnicity, sexual orientation, etc.

- The business has changed a lot since I began. Long gone are the days of black and white headshots and large portfolios that we would schlep around New York City. Technology has changed the industry completely. Everything is fast paced and instantaneous. There are countless TV streaming services and movies are in and out of the theaters. We can binge watch shows and now have the option to not see entertainment in real time but rather on our time. I believe the entertainment industry in the United States is booming and there are a lot of opportunities to create content.

-I like to research as much as possible to get a better idea of the time period, the character and what the writer is trying to convey. It's important to me to bring their words to life and having the greatest amount of information aids me in achieving that goal. I like to be a part of projects that tell really great stories. Passion projects are my favorite.

-I am a very private person by nature, so it's tough when you are in a profession that is in front of the cameras. I held off on social media for so many years for this reason and quickly realized that in order to compete I needed to connect. You will notice on all of my social media platforms I like to keep the conversation about my work projects and passions. I try to keep family, friends and personal life out. I'm the one that chose this profession, so I only think it's fair that I be the one to be critiqued, not my loved ones.

-I am currently working on my second children’s book entitled DIFFERENT IS BEAUTIFUL. The story is told from the animal’s perspective and deals with the concept of not judging a book by its cover. I like to think of it as a homage to George Orwell's ANIMAL FARM. In the acting arena, I am working on the other side of the camera this time around and looking for funding for a feature entitled CROSSING SOULS. It originated as a book written by Chryssiida Dimoulidou, and is a beautiful yet tragic story about a woman whose past life has surfaced and leaves her questioning her current one.