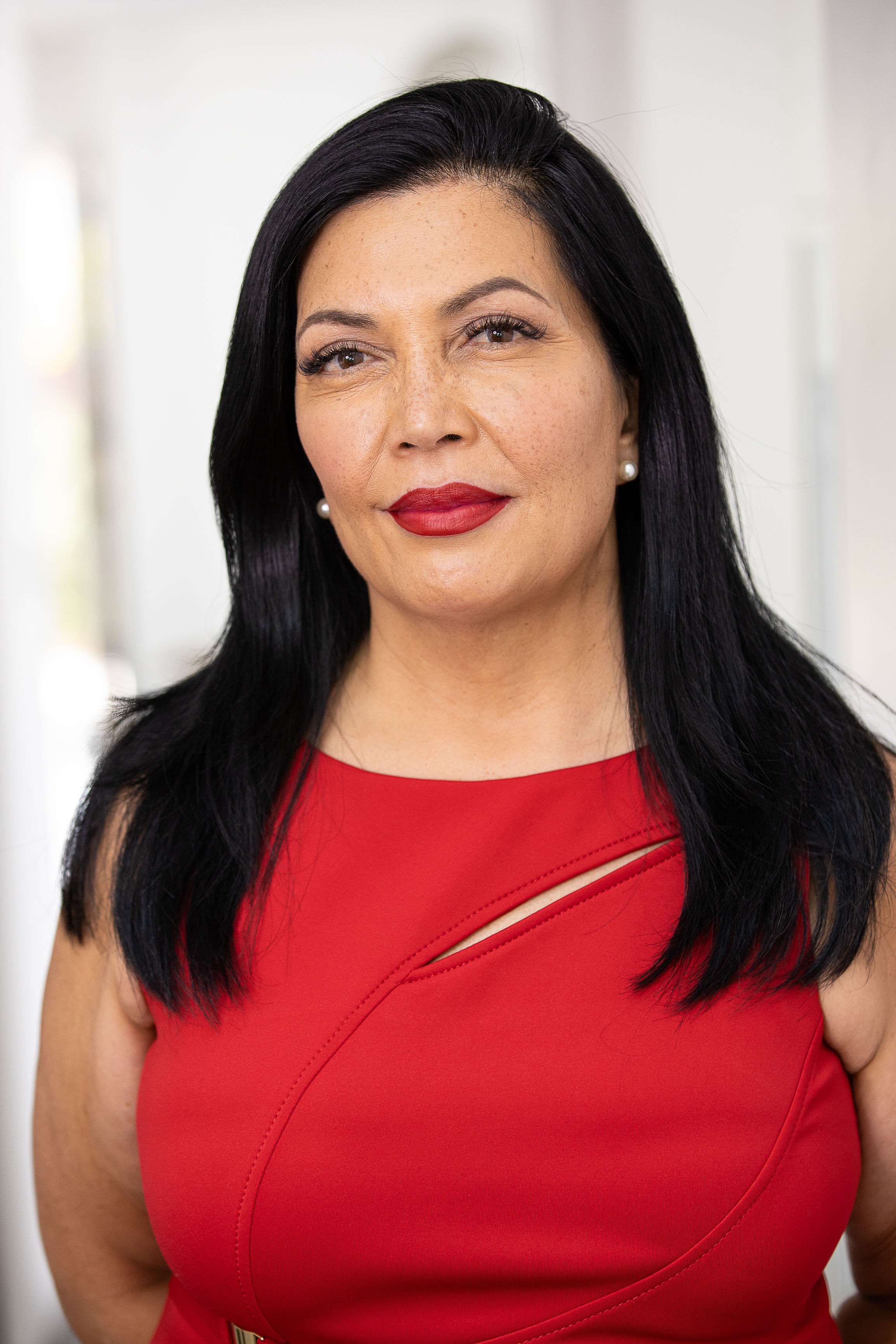 I was born in San Francisco, California, the youngest of four. My parents were from the Philippines but my father’s father was an American. I grew up in the Bay Area for most of my life then lived in Britain right after high school to study Beauty Therapy. I spent many years in the beauty and spa business as an esthetician, nail tech and massage therapist. It was a great career that I enjoyed but as I aged, it became increasingly difficult for me. My health wasn’t great at that time and I knew I had to make some serious changes. I lost a vast amount of weight and worked with a personal trainer. I was interviewed by a magazine regarding my transformation and that lead to the start of a modeling career…at the age of 50! The modeling gradually led the way to my acting career.
My family is artistic and creative. A legacy that I believe began with my father (John Brown) who was a popular, recorded singing star of the 1940s. His sister (Sylvia Rosales), was also a film star, the Filipino “Ava Gardner”. My brother and his son (John and Evan Brown) are both professional, recorded singer/songwriters. They perform both individually and together. My son, (Luke Borello) is a professional musician as well, living in Los Angeles and working with a new up and coming artist named, Tim Atlas. My sister is married to Grammy nominated blues artist, Kenny Neal. So, as you can imagine, family gatherings are filled with lots of love, music and food!
With so much music in the family, I was drawn to the arts. I loved movies and concerts. I grew up with a broad spectrum of influences from Ray Charles, Dinah Washington, The Ink Spots to classical music (Bach, Mozart, Chopin, Beethoven) to The Beatles, Cream and Janis Joplin.
In my teens, I gravitated towards female singers like Carole King, Linda Ronstadt, Bonnie Raitt and what was called “soul’ music (but later referred to as R & B) in groups like Earth, Wind and Fire, Tower of Power and Heatwave.
Films that impacted me at a young age were ‘Gone With The Wind”, “Midnight Cowboy” and “Butch Cassidy and The Sundance Kid”, to name a few. I have long lists of films that made an impression on me all through my teens and young adulthood but I became increasingly more interested in the storytelling of cinematic art in my later years. After becoming an actor myself, I watch and experience movies on a whole different, much more invested level.
I came to this career late in life, but the timing was right for me to have the correct mindset and drive to achieve my goals. It was a new chapter for me and I embraced the challenge to grow as an artist and an individual. There are many indie filmmakers in the San Francisco Bay Area which gave me opportunities to be cast and experience working on a set. I also took classes to understand the business of promoting yourself, getting representation, how to audition, etc. I was very green and unexperienced, but I had to start somewhere! I tried to expand my circle of people I knew in the business, so I could network with others trying to do what I was doing.
Once I connected with some of those groups, I found great coaches to help with technique, scene study, memorization and professionalism. This also led to eventually getting an agent and expanding my career to the Los Angeles area. Very competitive market there, much different from the Bay Area. I was able to get booked though and even had a national commercial. I continued to work with indie filmmakers and even ventured into casting for some of them.
Because of the diversity of my look, I get cast as a variety of ethnicities. This has been an advantage, as well as being a woman in the #me too era that has greatly influenced the entertainment industry. Probably one of my disadvantages is that most women of my age range have been at this career a lot longer than I have. They have the connections and experience I’m only beginning to create. Very often, casting directors aren’t willing to bet on the “new girl” for fear of being wrong and having a disastrous situation on their hands. They will frequently go with their tried and true actors.
Ah, but how the industry is changing! Even before COVID hit, video auditions were becoming the norm. We may be on the cusp of ushering in a new era on how actors are cast…indeed even how production is done. Now, more than ever, I believe actors should create and nurture the relationships with producers, writers and directors. Working on creating their own content and becoming social media influencers. It’s not there yet…but it’s important to understand and recognize the changes that have already begun. 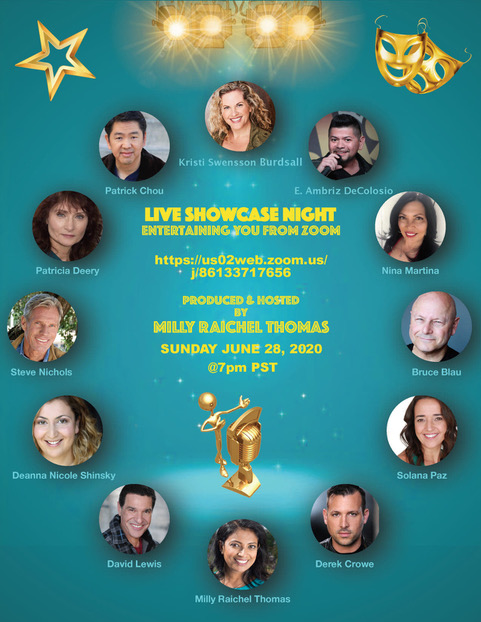 Of course, since the onset of COVID and SIP, the entertainment industry has been shut down. Its going to start to open up slowly this month but with a very different operating protocol which is probably being determined even as I write this. There are parts of the industry that are still functioning (writing, pre production and some preliminary casting) but the guidelines set in place will take time to implement.
At the end of last year, I changed agents and got a manager. That was proving to be a great move with new auditions coming my way, then everything was shut down.  My focus with this new representation was to do more theatrical (TV and film) versus commercial work. That will still be my goal once things are up and running. Some of the directors I’d love to work with include Quentin Tarantino, Coen Brothers, Martin Scorsese, Clint Eastwood, Ron Howard and Steven Spielberg.
The past few years I have worked with and got acquainted with several writers, producers, directors as well as very talented actors. These are the people I want to collaborate with. I have done some writing myself, collaborating with a screenwriter on a book. I have been presented with great stories, books and screenplays that are ready for production. I’ve used who I know to connect some of these people so these projects can become a reality. In doing so, I will get to work on some quality projects as well as offer opportunities to my fellow actors.
Last year, I got to be in my first theater role as a supporting lead in a play about Liberace. I also co-wrote, produced and starred in my first short film. We were even able to get it viewed at a couple local film festivals. It was a very rewarding experience and I hope to do more of that sort of thing.
I feel very blessed and grateful to have achieved what I have as an actor in less than a decade. There's a saying that “overnight success” usually takes about a decade! My desire is to achieve the status of an actor that has a large quantity of great, memorable roles in compelling and epic stories. Fame and fortune may be a by product of that, but it isn’t my target. I want to be skilled and proud of my work, to give enjoyment from what I bring to those roles as many others I’ve watched on screen have done for me. This is what feeds my soul. This is why I press forward in this incredibly challenging career. Very few can make it, but those that persevere often do.
Next Post Previous Post
Articles in English 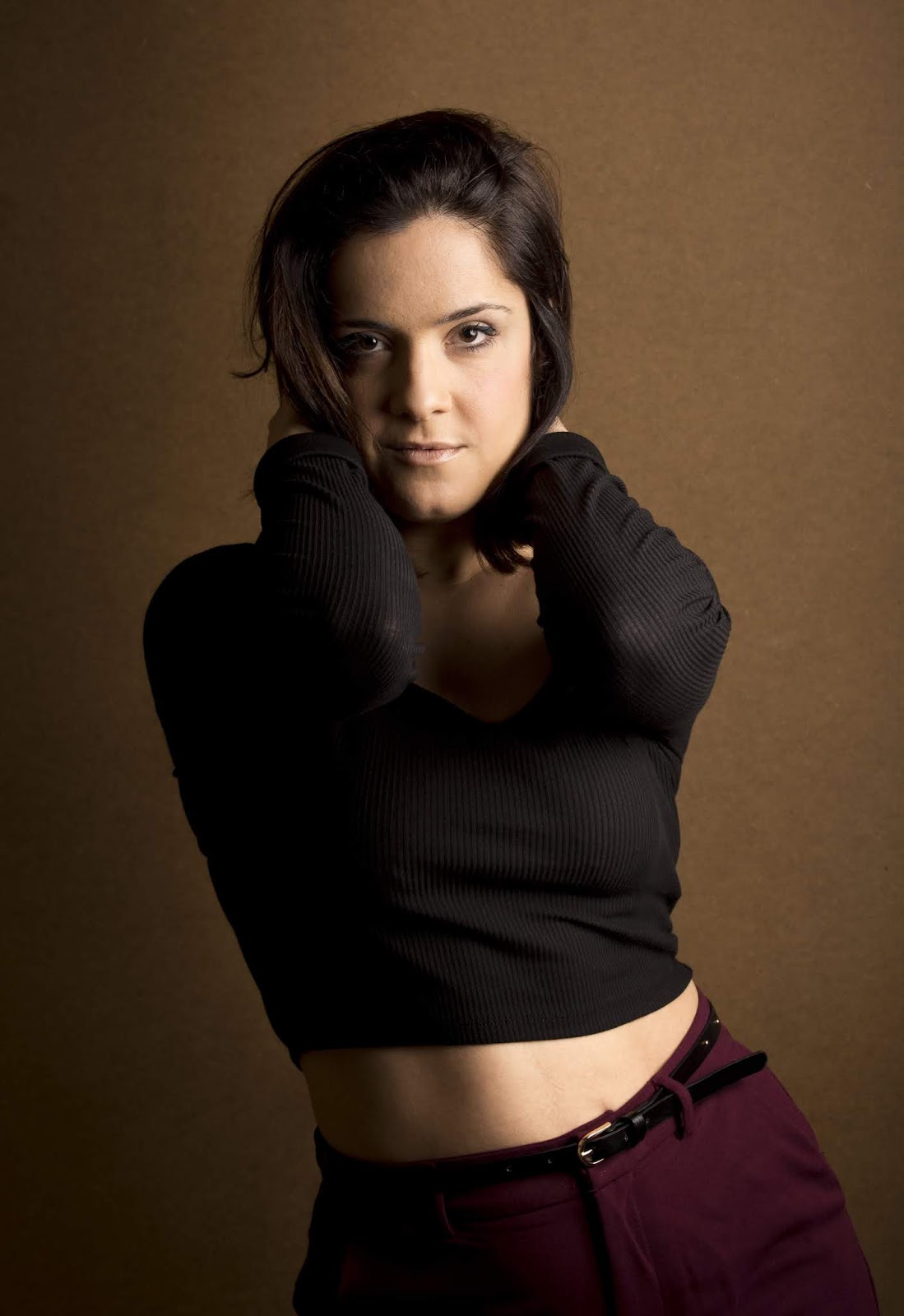