This is Angel Princess from the USA.

I was born and raised in the Midwest, Chicago and Missouri. My mother is East Indian and my father is Caucasian (Swedish and English) so I’m a mixed breed. I have two brothers, one older and one younger. We were a middle class family when I was growing up, but my parents divorced when I was a teenager and finances got tough after that. My father wasn’t around after the divorce. I was homeschooled since 8th grade so I’ve never been to high school. I graduated at 14 and was a full time college student at 15. I was living in Florida at the time. Moved out here to California when I was 18 to become an actress and I never left. I haven’t seen or heard from my father really for two decades, so I have a disconnection from him. I’m very close to my mom though. Overall, I had a pretty solid upbringing because my mother was always there to support me in whatever dreams I wanted to accomplish. I’m very blessed with the best single parent ever.

-Well, it started somewhere when I was about four years old. However, my mother always reminds me back when I was like two years old and I would sing to her during car rides to the grocery store. Dancing was my first love though. I did jazz and tap professionally, and then when we couldn’t afford dance classes anymore I began watching mtv music videos and started choreographing my own dance routines. I competed in beauty pageants as well when I was like 10. Attended private drama school in Hollywood when I was 13. Took up acting professionally once I turned 18. Earned my SAG card in 2006. I auditioned for the Xfactor in 2013, but unfortunately didn’t get past the first round of judges. I started writing songs after that and graduated from college with a music degree (voice performance) in 2016. Obtained a bachelors degree in Business Administration two years later. After graduating in 2018, I finally decided to return to acting. So here I am now... I begin filming my new movie next month, which I’m also producing. Honestly, I’ve had a little taste of everything!

-Growing up I loved Madonna and the Spice Girls! I was born in the 80’s and grew up in the 90’s so we didn’t have a lot of the stars that we have nowadays. But in the acting world, Julia Roberts and Nicole Kidman were my favorites. I’m 5’8 and most of the actresses are short, but those two I can relate to in height. I also had a really big crush on Leonardo DiCaprio after I saw Titanic for the first time when I was like 12! Ahh, my very first crush. I believe he’s a phenomenal actor who can basically perfect any role. Brad Pitt was a good one too from my childhood. I grew up on a ton of 80s and 90s films and to this day I still watch all of them. I think Molly Ringwald was like the “it” role model for girls from that generation. As a little girl I remember watching Pretty In Pink over and over again. I think I was fascinated with the title because it had the word pink in it. That and Pretty Woman were probably my favorite films as a little girl.

-It’s very challenging trying to achieve your dreams, especially in the entertainment industry. But never give up and always push forward, no matter what obstacles get in the way. If you really want something, you just have to go for it. I’d recommend taking some classes if you don’t feel experienced or confident enough. You can always practice your craft for improvement, and that never hurts! Just keep trying until you get it right or until you feel comfortable with yourself.

-For me, it is important to achieve stardom worldwide because I want to be able to reach a wider demographic. I am very satisfied with the success I’ve acquired so far, but I always want to keep progressing and working harder towards a more challenging goal. Like just because I complete a project and build a minor fan base doesn’t mean I want to stop making movies. I want to be on top of the mountain and until I reach it, I will continue to keep climbing. America is cool, but I have family and friends around the world so I’d love to be recognized and appreciated in their countries as well. I  guess a true artist can never completely be satisfied, but that’s what makes us so special and sets us apart from everyone else. We keep pushing for greater success and achievements. I do wish to have my star on the Hollywood Walk Of Fame one day! That’s definitely a bucket list, on top of winning some Academy Awards!! We’ll see where this journey takes me.. I’m just excited that my fans can share the experience with me!

-Yes, there are many gender challenges! Very much so... it’s very difficult being a female in this type of industry, especially nowadays. Guys just expect me to take my clothes off for a role and that’s not who I am. I mean, I’m hungry for roles but I’m not starving if you know what I mean. I’ve had doors closed on my face before because I refused to be nude for a million dollar role. I was like 18 or 19. That’s just not my prerogative. I want to make it in the industry without exposing my body or selling myself too short. Male producers and directors also think I’m going to sleep with them in order to land a part in their film. Fortunately, I’m surrounded by some good hearted people in my inner circle who believe in my talent rather than just wanting to take advantage of me. It is honestly tough for a female in this industry, but I feel very blessed. 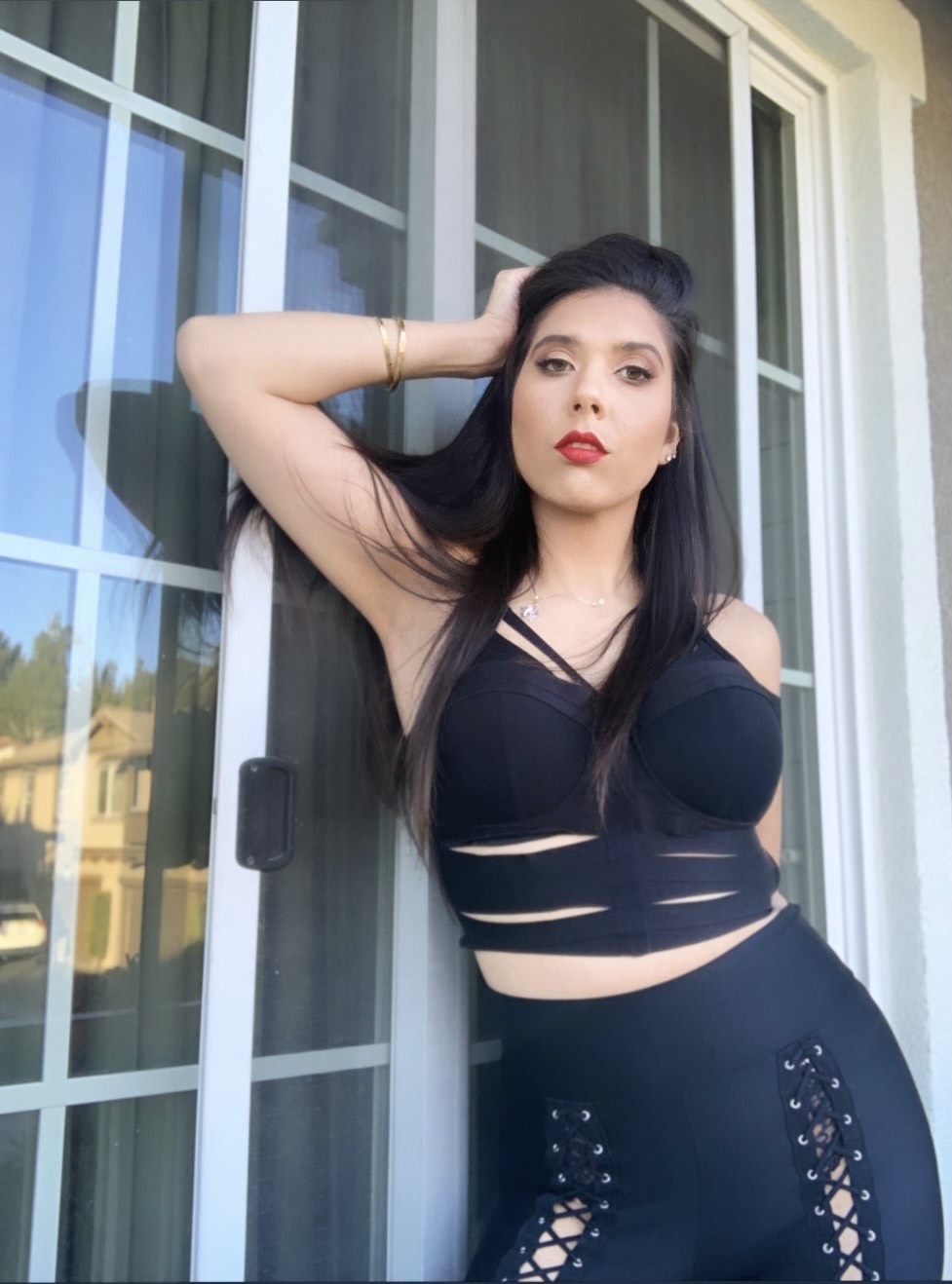 -I think the current situation is great out here. A lot of indie films are making their way to the top. I also noticed female directors are being recognized more. Hopefully that pattern still continues for awhile because I plan on eventually writing and directing my own films someday. I have already signed on as an associate producer for my current film “The Paradise Motel” which releases later this year, but I’m looking forward to more creative control in the near future.

-About casting: my mother opened a casting agency in 2007, so I worked for her and helped out a lot of with casting background actors for projects. My experience is probably different than most actors and actresses because I understand how the process is behind the scenes on the production side. Rejection doesn’t necessarily mean you’re not good enough for the part, it just means production is looking to cast a certain look and you might not fit the requirements. I have learned how to accept constructive criticism without taking it too personal. You definitely have to acquire thick skin for this industry or you may easily lose yourself. I’ve become better at it through the years. The sacrifice is well worth it if you’re truly passionate about making it in this industry like I am!

-For new projects: I usually read over the script and decide if it’s something I’m interested in. If not, then I kindly refuse the offer. But if it’s something I like, then I’ll follow through with the audition process or sign on as a cast for the film. It just all depends on the project and what I’m working on at the moment. If I really enjoy the script but it conflicts with another film of mine, then I won’t commit to it most likely. I’m at the point in my career where script writers or directors will literally write in a character for me. I mean, that’s an incredible feeling so I’m very honored!

-Hmm... My greatest achievement: That’s a good question. I’d probably have to say that being attached to this current project I’m working on, the feature film, is my greatest achievement so far because I’m also an associate producer. It’s the first time I’m producing something. I have a lot of creative ideas to bring to the table. I didn’t write the script, but I feel that being so involved with this project has truly inspired me to start writing my own scripts! I have a long way to go with my career until I’m completely satisfied so I don’t even know if I can say that I’ve achieved the greatest artistic achievement just yet to be honest. Also, dancing will always be my greatest talent in my opinion. Hopefully I can incorporate more of that into my roles.

-Well, I love dancing and singing of course. Karaoke used to be my favorite past time, and when I’d get up on stage I’d rock it as if I’m in concert. That was before pandemic life. I also love fashion and makeup, writing songs, and editing my photos. I think I was just made for entertainment, no matter what field I’m in. The only thing I’ve ever known my whole life is the stage or camera. Modeling is something I’m extremely fond of on top of acting so if I were to get signed with a top agency I definitely wouldn’t turn that opportunity down. I’m such an artsy person and I just love how I am able to express myself through my creativity. 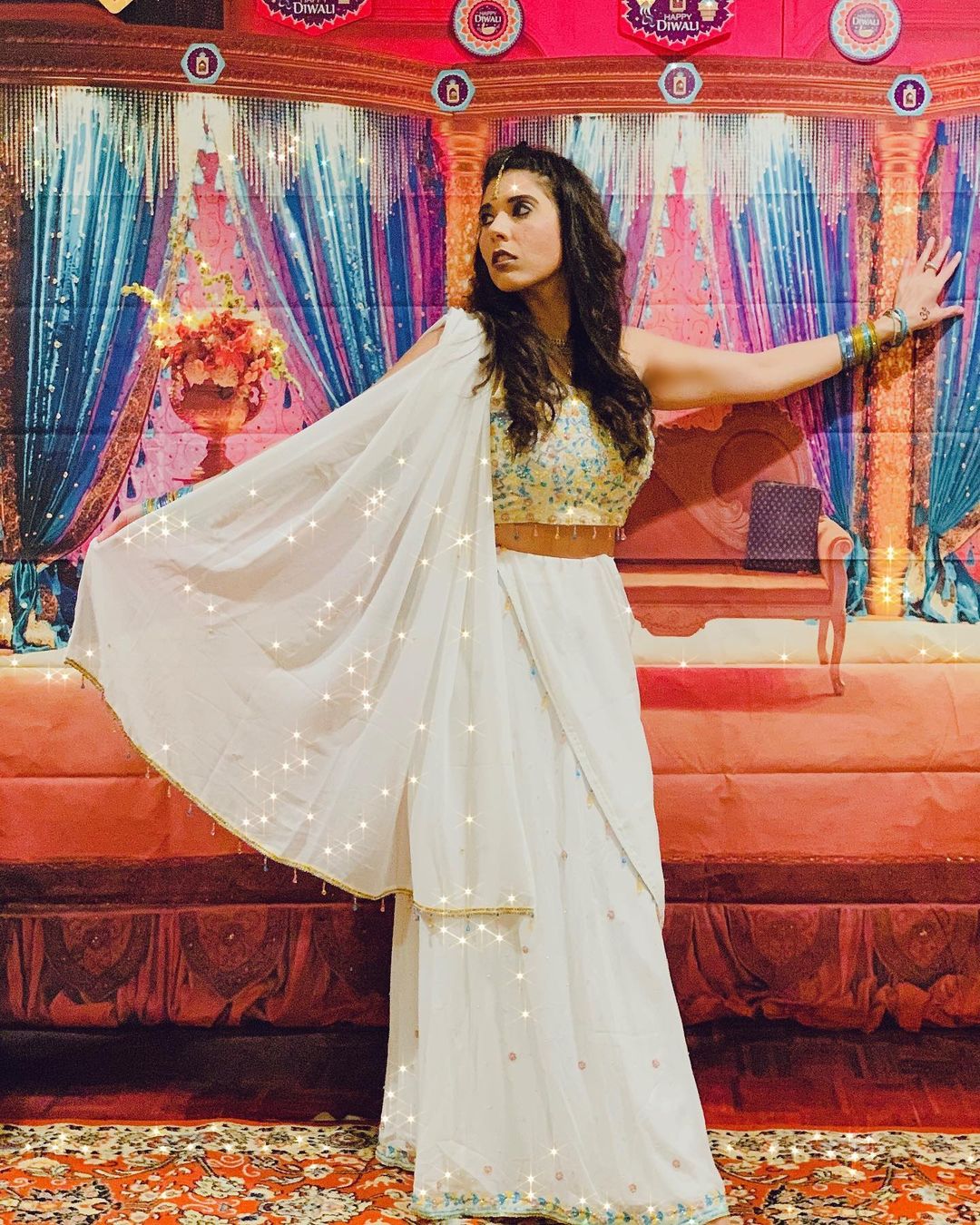 -The best advice I can give is to just stay focused and never give up. Basically, follow one course until successful. Even though you may experience obstacles along the way, you have to figure out a solution that works best for you to overcome those obstacles. Meditation is always a great way to relieve stress and relax your mind. This industry can get pretty overwhelming at times, but it’s all about finding a balance. And you have to be 100% sure that this is truly what you want to do, because there’s a huge sacrifice. You become a public figure and privacy is limited.

-I have two social media accounts for my public life and private life. I’m really good a balancing life in general so it’s actually quite simple to keep certain things private if I don’t want the public to see. Relationships will always be kept private. My professional career is for my fans, so I’ll post content that I know they will enjoy. I’m a pretty open book and positive person so I honestly don’t mind being in the public eye. I don’t hide my emotions very well, but I’m usually always happy! When you’re in this industry, I guess you just have to learn to set boundaries with how much of your personal life you share with people. It all depends on what you want them to know!

-My current project I’m working on is a thriller called “The Paradise Motel”. It’s written by award winning producer and director Walter Hochbrueckner. This will be my first supporting role in a feature film so I’m pretty excited.

-I’m also reading scripts from some other writers and producers, so hopefully I sign on to them. One script writer from overseas has already written a role for me in his new script. He really liked my personality and vibe in general on social media, so that’s how he came up with the idea that he wants to create a character for me. I believe he had first connected with me on LinkedIn and then started following me on Instagram. Surprisingly, social media platforms are a great way to network and market yourself in general. We’ll see what the future holds for me... I’m looking forward to sharing my life in the spotlight with all my wonderful fans!