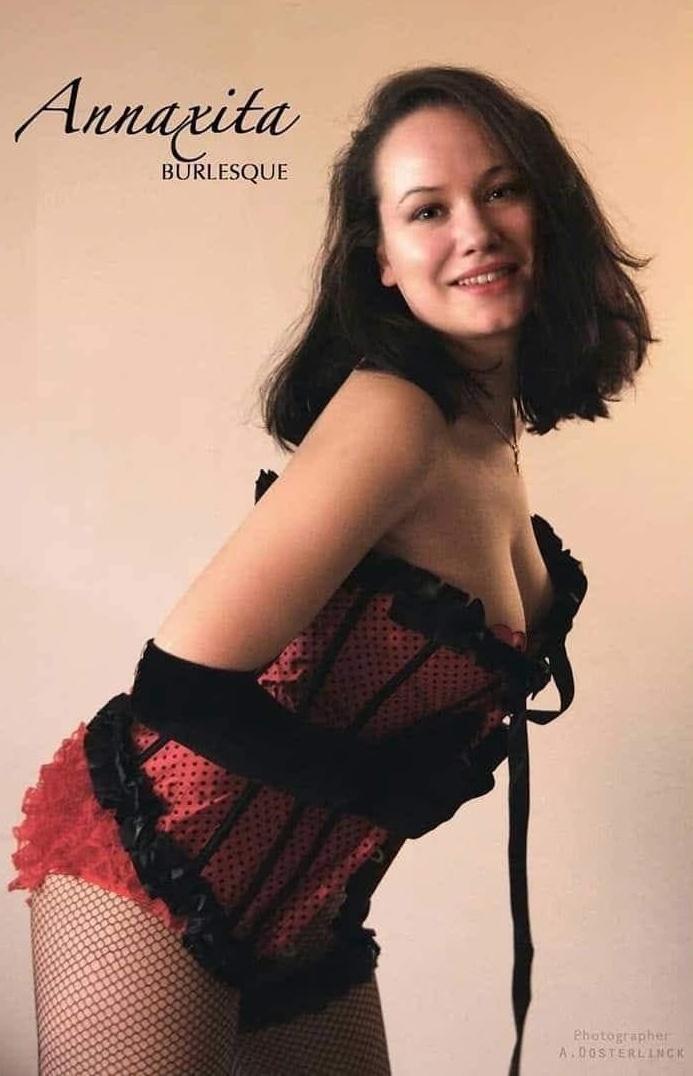 -I was born in Odessa, Ukraine, 1987. My biological father left me when I was only nine months-old, he also nearly never paid alimony money, which he was obliged to pay by law. I have no contact with my father or my father’s family, because they all abandoned me as a baby. There was no social security welfare back then in Ukraine for single mothers, so my mother had to combine three different jobs on a daily basis to feed me as a little baby. I was raised by my mother, my grandmother and my grandfather. We lived in a communist shared commune house, where five families share the same kitchen, bathroom and toilet. It was a poor, yet a clean house. My grandfather, official World War II hero, was born in a rich  aristocratic family, so the communists killed nearly all of his family members starting from 1917. My grandfather is my male role model, he is an official World War II hero, a patriot of his country (he fought in the Red Army as a secret agent). He has high moral standards and beliefs.
My grandmother, who became a respected citizen of Odessa, because she made a career as a government inspector of all schools in Odessa on city level, was born in a poor working class family with an alcoholic father and a lot of young children to take care of to help her mother. My grandmother studied at night, after feeding and taking care of all her sisters and brothers. The hard life, studying and having a strong character, eventually paid off: she achieved what she always wanted a high social status, career and respect. The communist party even asked her to join the communist political party, great honor back in those days.
My mother was the second child, her sister died of alcoholism at a young age, so she had to take care of her mother and father all alone. As a descent and religious woman she understands her duty to help her parents and she worked all her life very hard to provide for the family. My mother has a Bachelor degree in medicine, she worked and still works in the medicine sector, as she is very kind and empathic and loves to help the ill and the suffering people. At the age of thirty-eight, she finally found a good man, the love of her life, got married again and that is how we moved from Ukraine to Belgium twenty-one years ago back in 1999.
My stepfather raised me as a father figure since I was twelve. He was Dutch, born 1943 in Amsterdam during World War II. He suffered a lot when he was a baby back in 1943 because his  generally hard life conditions during World War II. He protected both my mother and me in Belgium from the severe racism we had to suffer. He was a good man with a big heart, who always helped the weak. My mother could not find a job in the medicine sector, because she had a Ukrainian diploma, so she had to study medicine all over again in Dutch language, which was very hard for her. At the end, she succeeded to work according to her new Bachelor degree. As for me, I suffered severe racism since I was twelve years-old foreign child in Belgian schools: the Belgian children tortured me mentally on a daily basis by saying bad things to me because I am from Ukraine. I was mentally broken by this daily mental torture. After these Belgian cruel children in Belgian schools saw that they broke me mentally, they also started to physically abuse and mistreat me in cruel ways that I don’t even want to remember. My stepfather and my mother had to come to my schools to protect me themselves from the cruel Belgian children, because these Belgian schools in Antwerp, neglected these severe mental and severe physical abuse issues.
I kept on studying at Belgian schools until the age of twenty-one  instead of eighteen, because I was struggling with mental issues, foreign language, severe mental and serious physical abuse by the Belgian children at my schools. I finally started my Master Degree studies in 2008 at the languages faculty in the most respected Belgian University: KU Leuven.  I studied there for six years instead of four because those high level academic studies in Dutch language were very difficult for me. In 2014, I graduated with a Master in Multilingual Communication.
Unfortunately, because of the racism towards me, as an Ukrainian immigrant in Belgium,  I was not accepted at Belgian firms to work according to my Master Degree in Multilingual Communication, they always had a so called plausible reason to choose other Belgian candidates for the job instead of me. 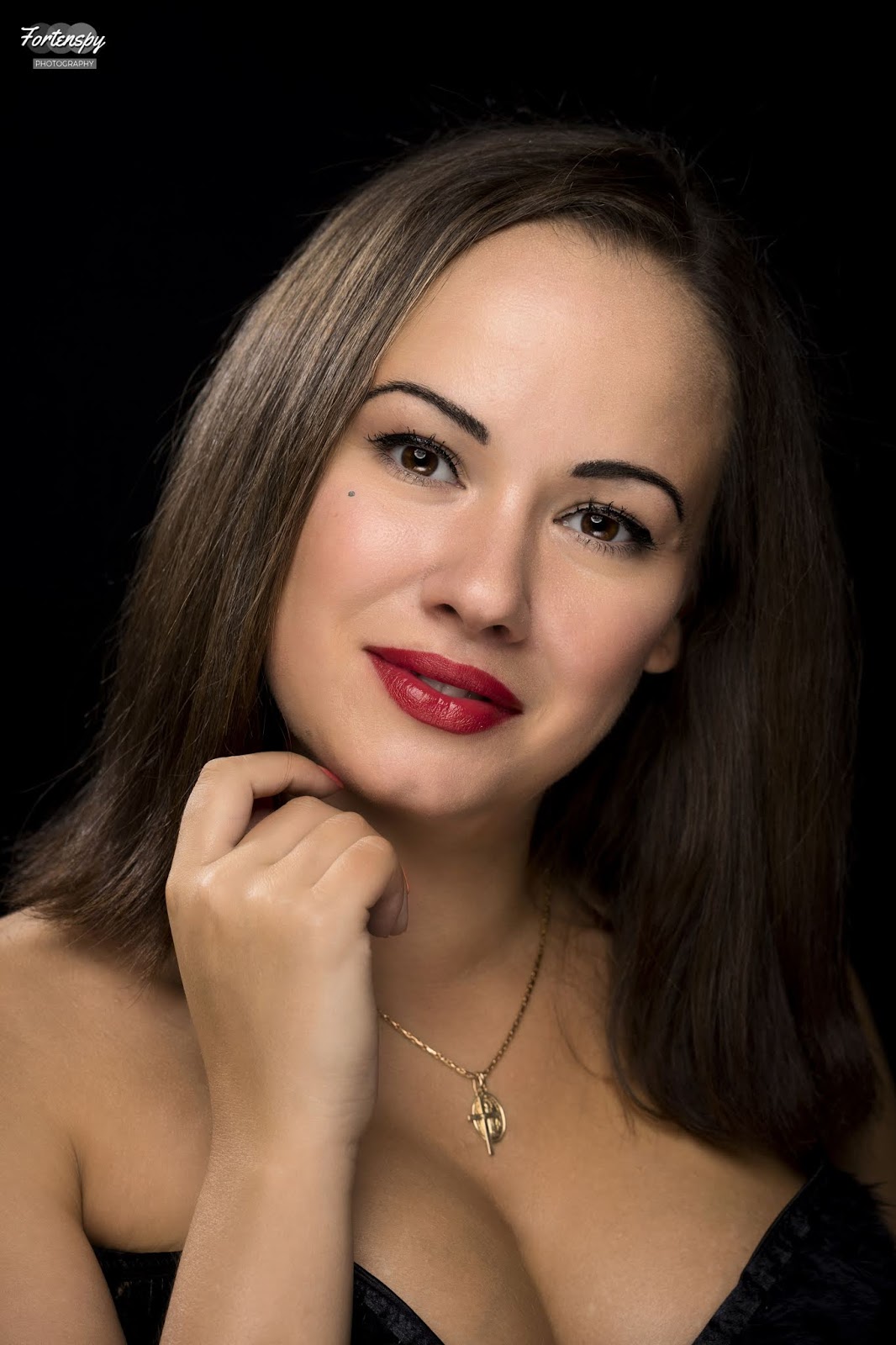 I have one role model from the cinema: worldwide famous movie director David Lynch. I am a huge fan of his internationally known series TWIN PEAKS. I watch it at least once a year every year from the age of fourteen, the first time I watched it on TV in Odessa when I was 10 years old. As a child and teenager I dreamed to be an actress in his movies. I watched all the movies that he directed. I find him a brilliant movie director: my favorite movies are LOST HIGHWAY, MULHOLLAND DRIVE, FIRE WALK WITH ME AND OF COURSE BLUE VELVET. David Lynch is a singer now too, I like his CD CRAZY CLOWN TIME a lot.
Like I mentioned, I had the honor to have been studied at the Royal Academy of Fine Arts in Antwerp 2012-2016. I had brilliant teachers, all of them, because of them I learned how to paint just in 4 years of taking the evening classes of painting.
Actually, I remember the day I came into the Royal Academy of Fine Arts for the first time: I felt the energy of the building it was welcoming me, like I finally came home. I walked straight to the administration office of the Academy and asked the secretary if I am at the right place to become an international, worldwide famous artist. He confirmed. That is when I knew I found my real higher purpose and calling.
I love to remember the years that I have spent at the Academy creating my art works. I also sometimes stayed after the lessons, until they wanted to close the Academy, because I did not want to stop painting. 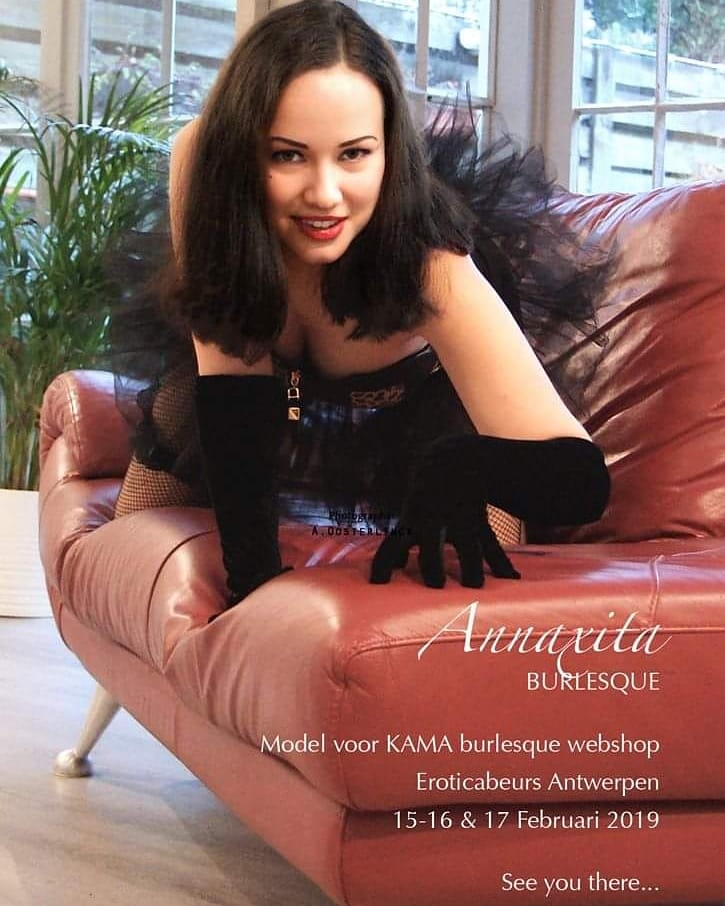 I want to become an international, worldwide famous artist, who comes on TV (dancer, actress, painter, hostess, model) not to satisfy my ego, as vanity is a sin, but for the greater good: I want to become a voice that people will listen to in order to help good causes like helping the planet, helping the nature and animals. I will always stay humble and good, when I will achieve this high social status, as I want this not for my ego, but for the greater good. Like movie stars Leonardo DiCaprio and Angelina Jolie are helping good humanitarian causes.
I see myself as Jeanne D’ Arc of the planet and the animals, I want to protect our planet and the animals from the bad and cruel people (industries), who abuse our planet and the innocent animals. Actually, I went to the statue of Jeanne D’ Arc in Paris in 2018 together with my best friend, my sister (we are not related by blood), and talked to the statue of Jeanne D’ Arc, I asked her spirit to give my spirit the strength to achieve my noble goal to protect and save our planet and the animals. I felt the energy field around the statue very clearly and also I felt that my spirit somehow became stronger. My sister's best friend felt it too, she told me.
I am a burlesque dancer currently (year 2020), so I do not see any gender related challenges. The men are the happy audience and the women are dancers, we all treat each other with respect as colleagues.
The current situation of the arts, entertainment and TV sectors in Belgium are very bad at the moment, as they all want to earn big money to buy big houses and expensive cars to serve their ego’s and not the greater humanitarian good causes like protecting and saving the planet and the animals.
That is why I feel obliged to change the current bad situation. As I see it, many Belgian people lost spirituality, unfortunately, the Belgians do not go to church every Sunday. Even worse: unfortunately many Belgian people told me that they honestly do not believe in God. When a nation loses the faith in God and starts living according to devilish values, like serving own ego’s, the end is near. Look what happened to the Roman Empire, look what happened to the bad devilish city Sodom and Gomorrah in the Bible.quo
My favourite quote from the Bible is:
“Matthew 7:13-14 New International Version (NIV)
The Narrow and Wide Gates
(13) “Enter through the narrow gate. For wide is the gate and broad is the road that leads to destruction, and many enter through it. (14) But small is the gate and narrow the road that leads to life, and only a few find it.”
-I accept work offers if they are not against my moral principles and religious values and beliefs. I don’t see being a burlesque dancer in any contradiction to being a religious woman, as being a burlesque dancer is my honest way to earn money and all honest jobs deserve to be equally respected.
-When I visited my best friend, my sister (we are not blood relatives), in Paris, in June 2018, I visited many tourist locations in Paris including the Moulin Rouge. When I was near the Moulin Rouge theater, I felt the energy field of this place: it was inviting me to join the dancers of the Moulin Rouge on stage.
Right after visiting the Moulin Rouge, my best friend and me visited the statue of Jean D’ Arc in Paris, I listened to the energy field around her statue and then asked the statue of Jean D’ Arc to give my spirit the strength to achieve my noble goal to become an international, worldwide famous burlesque dancer not to serve my ego, (as vanity is a sin), but to serve a greater humanitarian good: protecting and saving our planet and the animals from the bad people (industries), who are destroying our planet. The higher power above heard my noble wish, I am so lucky to be in contact with the Good Higher Power.
When I returned back to Belgium, I started to follow burlesque dance classes and practicing at home as much as I could. And now 1.5 year later I am on a professional stage dancing burlesque, unfortunately not in Moulin Rouge, as I live in Antwerp.
My private life is my partner (the one and only decent man I met in my whole life, the love of my life) and my beloved family and friends. My professional practice is being a burlesque dancer. In December 2019 I founded a new dancing style , which I labeled with the name “Erolesque”: it is a combination of classic retro burlesque dancing style and modern striptease. Later in my dancing career, when I will not be able to dance anymore because of the age, I will open schools in Antwerp to teach my unique “Erolesque” dancing style to people that will want to be my students. 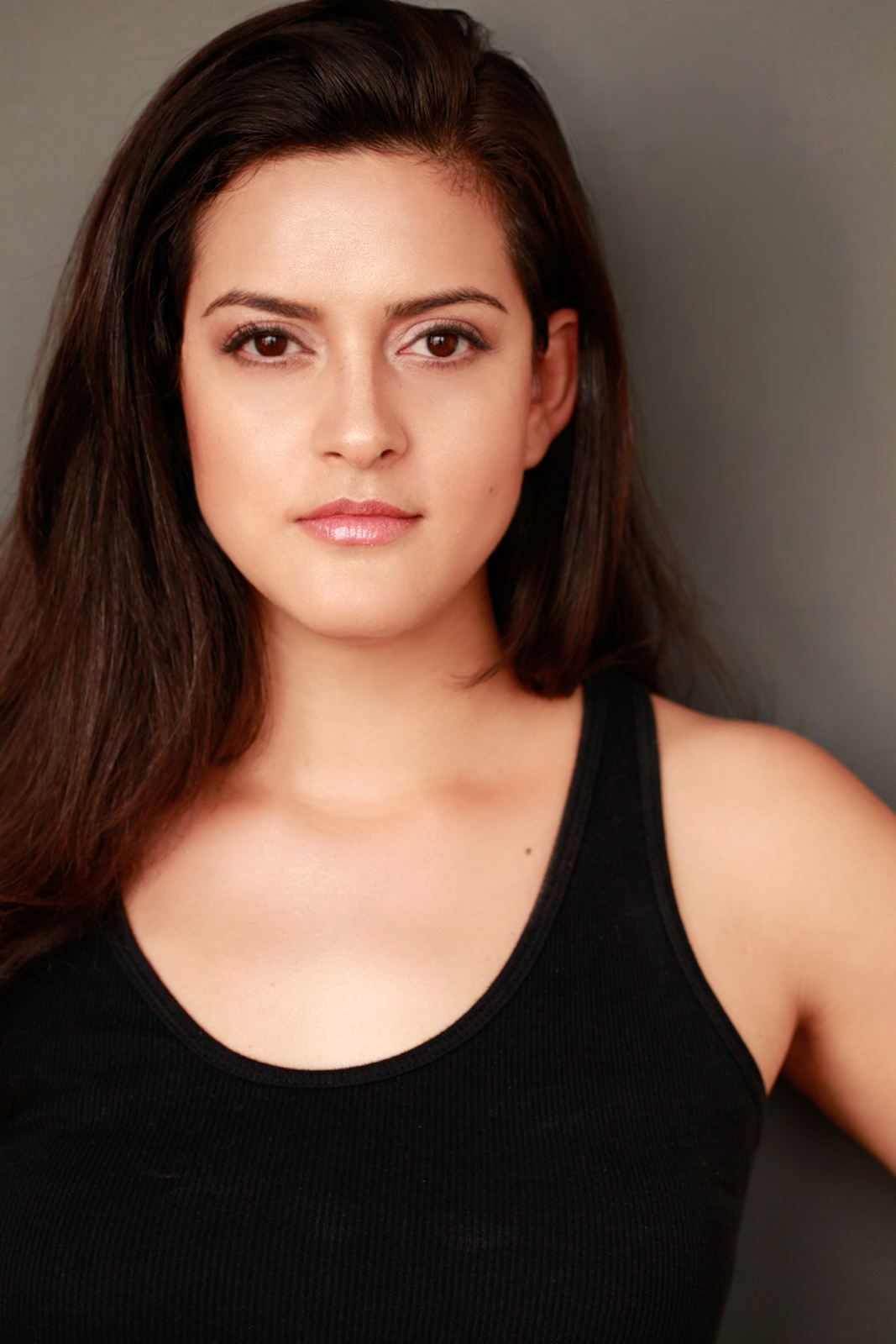